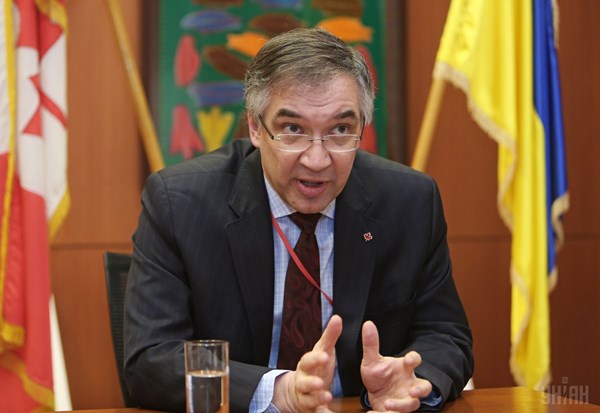 The return of Russia to the G7 has not yet been discussed, stated Canadian Ambassador to Ukraine Roman Waschuk.

“There are no negotiations because there is no consensus. Other partners have said that they don’t foresee the return of Russia. People may have their own impulsive ideas about it, but nothing is being discussed at the moment,” said Waschuk.

As was previously reported, before the G7 summit in June, U.S. President Donald Trump said that the G7 should allow Russia back to the negotiating table.
After the conclusion of the summit, he said that a great deal of time was devoted to discussing Russia without it being present, and if Russia had been at the negotiating table, the issues of Ukraine and Syria could have been discussed directly with Vladimir Putin.

In 2014, because of Russia’s aggressive actions in Ukraine, the members of the G8 decided not to go to a regularly scheduled summit in Sochi, but instead held it in Brussels without Russia being present. The G8 became the G7.
The Group of 7 (G7) is a coalition of economically developed countries that includes Great Britain, Germany, Italy, Canada, the United States, France, and Japan. The G7 format lasted from 1976 to 1997. After Russia joined, it was known as the G8.