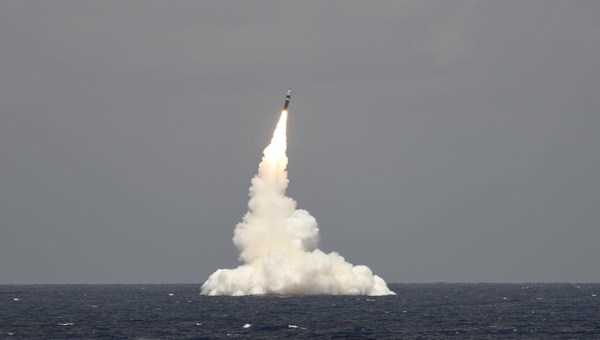 The basis of the peaceful coexistence of the major powers is nuclear parity. In late August and early September, submarine forces of both the US’s and Russia’s strategic nuclear deterrent performed a series of tests. The Chinese news outlet Sohu attempted to assess the reliability of the submarine-based missiles of the two world powers.

In a possible world war, a strategic nuclear submarine equipped with intercontinental ballistic missiles (ICBMs) is the most formidable weapon. It is the least vulnerable, virtually invisible to the enemy and capable of coming as close as possible to attack.

Four Trident II missiles underwent control testing at the start of September. The Trident II D5 is an American three-stage ballistic missile designed to be launched from a nuclear submarine and, according to the manufacturer, capable of destroying targets more than 11,000 km away.

On August 24, shortly before the testing by the US, Russia launched an MBR R-30 Bulava-30 from the Borei-class submarine Yury Dolgorukiy. Using two missiles, the submarine successfully destroyed a target 5,500 km away. Bulavas have a maximum range of 9,300 km. Other sources claim that the real figures could be closer to those of the Trident II.

Sohu observes that Russia has a geographical advantage. A Bulava launched from the Barents Sea could destroy major cities on the US East Coast, passing through the Arctic Circle, since it is only 7,000 km from the Barents Sea to the US East Coast. Since the Russian army has absolute dominance of the Arctic Circle in a military sense, a Borei-class strategic nuclear submarine could get even closer to the US, reducing the distance to 5,000 km. At this distance, a Bulava could be equipped with 8 nuclear warheads.

“The Trident II has the advantage, because it can carry at least eight 2.7 ton nuclear warheads and can guarantee a range of 11,000 km, whereas a Bulava with 8 warheads has a maximum range of 8,000 km,” Sohu writes, noting that Bulavas have been tested 19 times, and only 11 tests were successful.

“Since 1987, the US military has tested the Trident 168 times, and only a few launches were unsuccessful, which shows that the Trident II is ten times more reliable than the Bulava,” the Chinese news outlet concludes.