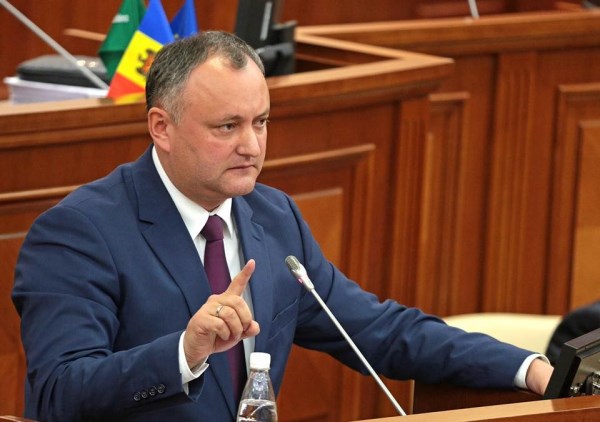 The Constitutional Court of Moldova, once again suspended the powers of the country's president, Igor Dodon, on Friday, January 5.

The decision was made at the request of a MP from the Democratic Party, Sergey Syrbu, who addressed the Constitutional Court the day before.

The deputy justified his request by the fact that the president repeatedly refused to promulgate the law passed by the Parliament on combating Russian propaganda. In the text of the appeal, he asked the judges to consider the appeal urgently because of a possible "constitutional blocking that could affect the work of the legislature."

The Constitutional Court ruled that a “temporary suspension" of Dodon was necessary "to unblock the process of putting legislative acts adopted by Parliament into force, in accordance with the legislative procedure."

The Court also confirmed that "the President has the right to refuse promulgation of legislative acts passed by the parliament only once." If the parliament repeatedly votes for the adoption of the law, then the Head of State is obligated to disclose it.

On December 7 of last year, the Moldovan parliament voted for a law that prohibits the broadcast of Russian news. President Igor Dodon has already stated that he will not sign the controversial document.