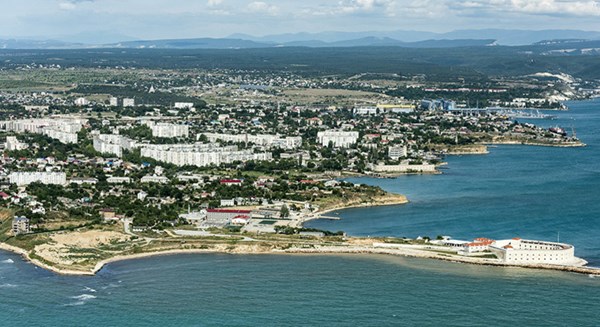 Approximately 140 thousand rubles ($2,110 USD) were collected in the Crimea in support of the Ukrainian military sailors who were captured by the Russian FSB in the Kerch Strait, said Nariman Jelyal, an activist of the Crimean Tatar National Movement, on air with Radio Krym Realii.

He noted that after the reports appeard about the detention of Ukrainian sailors and the fact that they were “not allowed to collect their personal belongings from the ships”, many people started speaking about the need to help the detainees. The donations were accepted through the bank card or in cash. Many people brought food, personal hygiene items, and other necessities.

The donations are not accepted at the moment, said Jelyal

“By the evening, I appealed to everyone who wishes to help to stop, because packages which can be brought to the pre-trial detention center (where the Ukrainian sailors are kept) have to meet certain requirements. There are specific requirements as to the package itself, the items in it, quality, and so on. Therefore, we have to sort this out. Enough funds have been already collected in the Crimea to make the first package with the most important necessities for all the guys, except three sailors who are currently in the Kerch hospital. However, they are held in better conditions, because at least it is a hospital,” explained Jelyal.

“I would like to add that relatives and close friends should not worry. There are many unjustly convicted prisoners in the Simferopol pre-trial detention center, and they will accept the sailors with dignity. We know that the first necessary things have already been passed on to the detainees. They will not be ignored there,” stressed Jelyal.

On Tuesday, November 27, activists announced that they were raising funds in the Crimea for the Ukrainian navy sailors captured by the FSB in the Kerch Strait.

On Wednesday, November 28, the Kyiv district court, which is controlled by Kremlin, arrested until January 25 all Ukrainian sailors and SBU (Ukrainian Security Servive) officers detained in the Kerch Strait. Ukrainian sailors arrested by a Russian court in Simferopol face up to six years in prison.

On the morning of November 25, Ukraine informed the Russian port of its intention to transfer three ships through the Kerch Strait, as required by the Agreement on the joint use of the Azov Sea and Kerch Strait. However, at around 8:00 a.m., Russian ships carried out acts of provocation against the Ukrainian vessels, even ramming into the Yany Kapu tugboat.

Russia later accused the Ukrainian ships of illegally entering its territorial waters, claiming that they were “maneuvering dangerously” and “not complying with the legitimate demands of the Russian authorities”. Russia also physically blocked the Kerch Strait with a transport ship. The Ukrainian ships decided to return to Odessa, but they were chased and subsequently attacked by the Russian military. The Berdiansk and Nikopol boats were hit, and two crew members were wounded. All three of the ships were seized by Russia.