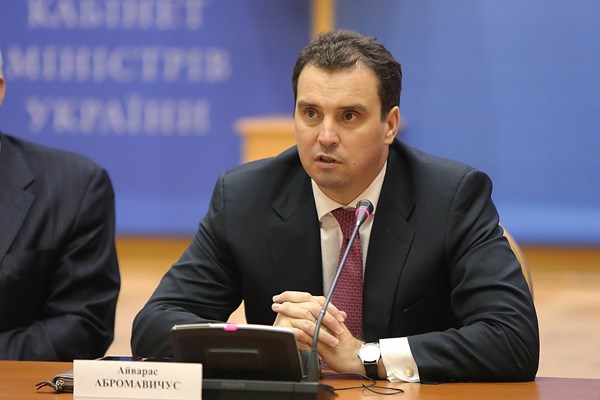 Aivaras Abromavicius, director of the Ukrainian defense industry conglomerate UkrOboronProm, told Ukrinform in an interview that some of his advisers are foreigners, and one of them was delegated by US President Donald Trump.

Abromavicius said that he has three advisers on a pro bono basis. “I hope to see them on the staff as soon as possible,” he added. “We also have foreign advisers, even one delegated by Donald Trump himself. For example, [Donald] Winter, former US Navy Secretary. He is the US government’s special envoy for the reformation of the Ukrainian military-industrial complex,” he noted.

He added that once a quarter, the advisers come as a large team, and talks are held at the National Security and Defense Council or at UkrOboronProm.

When asked if there is the risk of state secrets being leaked at such meetings, Abromavicius replied: “We don’t share the big secrets.”

Abromavicius is a Lithuanian business owner. Starting in 2014, he served as Ukraine’s Minister of Economy and Trade, and during his tenure he obtained Ukrainian citizenship. In June 2019, President Volodymyr Zelensky appointed him a member of the supervisory board of UkrOboronProm. In July he was elected as chairman, and since August he has also been the director general of the state-owned concern.

Previously The Wall Street Journal reported that the US has been trying to prevent the Ukrainian aircraft engine producer Motor Sich from being sold to China. As part of these efforts, Erik Prince, founder of the American private military company Academi (formerly known as Blackwater) and unofficial adviser to Trump, visited Ukraine between October 24 and 27 and visited the Motor Sich plant in Zaporizhia. Abromavicius noted that before this, Donald Winter visited the Ukrainian company in September, as well as William Taylor, Chargé d’Affaires of the US Embassy in Kyiv.

Abromavicius made these statements in the wake of a scandal which broke out following a phone call between presidents Trump and Zelensky regarding the need to investigate Joe Biden’s son. Democrats in US Congress think that Trump pressurized Zelensky to act according to his own political interests, because Biden is preparing to run against Trump in the 2020 US presidential election. Neither Trump nor Zelensky acknowledge that there was any pressurizing. Nevertheless, democrats in Congress have launched a procedure to impeach Trump.