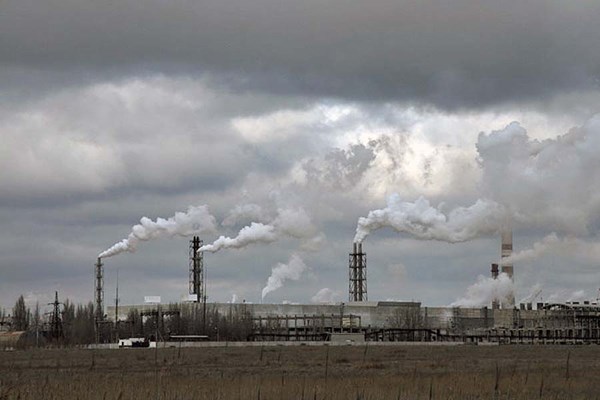 “According to the information of the Defense Ministry’s Chief Intelligence Directorate, between August 13-19 this year, during drills on covering the administrative border with the Kherson province, divisions of the Russian Armed Forces fired shots in regions where there are settling tanks for waste from the chemical production of Titanium and soda plants. The mentioned facilities were damaged by projectiles hitting them, which led to a significant deterioration of the ecological situation throughout the north of occupied Crimea,” Hutsulyak said.

He also said that the Russian command is trying to cover up the scale of the ecological problem and  avoid responsibility for its occurrence by spreading distorted reports in the media.

An unknown substance was emitted into the air on the night of August 23 in northern Crimea, after which locals began complaining of health issues and an acrid smell in the air.

On September 4, the Crimean authorities announced that the concentration of harmful substances in the air in the north of the peninsula had exceeded acceptable levels, and that the operation of the Crimean Titan plant had been suspended for two weeks in connection with this. According to their reports, the emissions were caused by the vaporization of the contents of an acid storage facility used by the factory..

Two weeks of school holiday have been announced in Armyansk. Schoolchildren and their parents are being sent to Crimean resorts “for preventative healthcare reasons”.

Ukrainian Foreign Minister Pavlo Klimkin mentioned the threat of an ecological catastrophe in Crimea. Crimean Tatar Mejlis leader Refat Chubarov called for the Organization for the Prohibition of Chemical Weapons to monitor the situation in the area around the Crimean Titan plant.