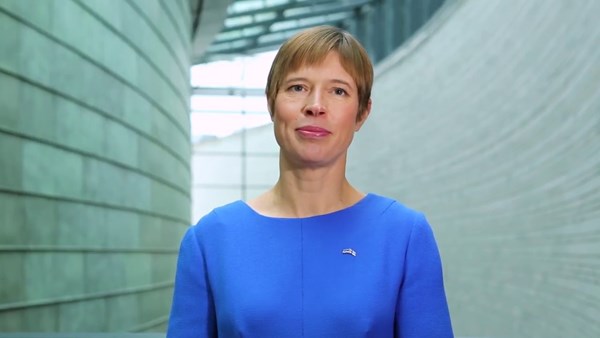 “The last Estonian president to visit Russia was Toomas Hendrik Ilves in 2011, who visited St Petersburg for the second consecration of St. John's Church, “reads the statement.

Historically, the embassy in Moscow was the first foreign representation of Estonia, said Kaljulaid's foreign affairs adviser, Lauri Kuusing. According to her, one of the goals of the visit is to acknowledge people “who are at the forefront of foreign policy every day.”

The adviser added that the Russian Foreign Ministry has been informed about the upcoming visit of the President of Estonia, but at the moment there are no agreements to hold bilateral meetings.

In February 2018, Estonian foreign intelligence reported that Russia posed an existential threat to Estonia and other Baltic states.

Later that month, Kaljulaid said that Estonia has not very democratic neighbors, including “historic companions from the past century,” one of whom “cannot be left without attention,” even when they have been disappointing Tallinn for several decades. Kaljulaid did not name the country in question.