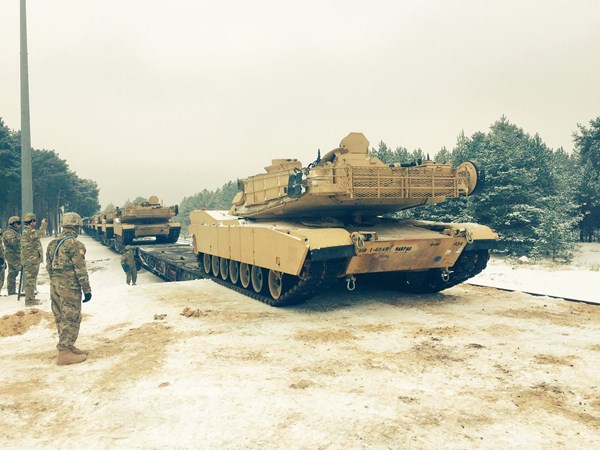 The European Union plans to facilitate the movement of soldiers and military equipment between individual member countries. These measures are in response to worsening relations with Russia.

To this end, plans are being made to simplify border formalities and equip roads, bridges and railroads for the transport of tanks and other heavy equipment. This was stated in the European Commission’s plan, which was presented on Wednesday, March 28 in Brussels, reports Deutsche Welle.

According to this report, by the end of 2019, roads, bridges and railroads in the EU must be checked to see how suitable they are for transporting military equipment.

The plan notes that at present many types of military equipment, because of its particularly heavy weight and large dimensions, cannot be transported everywhere in the EU. Based on the analysis, it will be determined which parts of the transport network in the EU needs urgent renovation. Starting in 2020, additional funds for renovation will be allocated from the European Union budget.

Since the beginning of the conflict in Ukraine, the Baltic countries fear invasion by Russia. NATO’s recent secret report states that the alliance will not be able to respond quickly enough in the event of an unexpected Russian attack on Lithuania, Latvia or Estonia, and it will take too much time to transfer troops and military equipment from Central and Western Europe to the Baltic region.