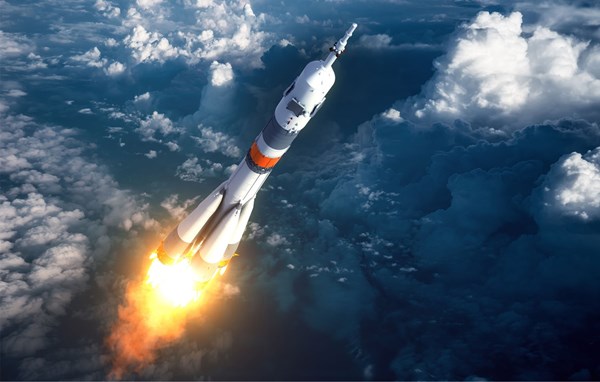 The ESA, just like NASA, intends to stop using Russian rockets to send its astronauts to the ISS. The ESA’s astronaut Luca Parmitano, who flew to the ISS in July this year, could be the last to do so using a Russian Soyuz launch vehicle.

“Unfortunately, the launch of Luca Parmitano was the last on a Soyuz. In the coming years, our astronauts will fly in American spacecraft,” he said.

Pischel reportedly stressed that this was because European astronauts fly on the American quota. However, he said that it was possible that European astronauts could use Russian launch vehicles again if the US and Russia arrange “intersecting flights”.

Russian crews are currently sent to the ISS using Soyuz-FG launch vehicles. There are plans to transition from this rocket, which uses an outdated analogue control system, to the modified Soyuz 2.1A, which is equipped with a digital guidance system, by 2020.

The ESA’s Luca Parmitano, the Russian cosmonaut Aleksandr Skvortsov and NASA’s Andrew Morgan were sent to the ISS on a Soyuz MS-13 launched from the Baikonur Cosmodrome on June 20 this year.

Russia has had a monopoly on launching foreign astronauts to the ISS since 2011, when the US retired the Space Shuttle program. For eight years already, all astronauts have been sent to the ISS using Russian-produced Soyuz rockets.

Two competitors to the Russian launch vehicle could emerge in the coming months, with professional astronauts and space tourists alike being transported to the ISS by private companies. Alternative launch vehicles are being developed by Boeing and Elon Musk’s SpaceX.

Plans to test SpaceX’s manned spacecraft, the Crew Dragon or Dragon 2, were delayed due to a launch test incident in April this year when the SuperDraco engine systems were activated. SpaceX is nevertheless confident that the engines are reliable, the company’s spokesperson Hans Koenigsmann announced at a press conference.

Koenigsmann also confirmed that the capsule that was meant to be used during the company’s first manned orbital flight had been destroyed.

“In our investigation we will look at all possible causes. We have no reason to assume that the problem was with the SuperDraco engines themselves, which have undergone 600 tests… and we remain confident in this engine,” said the SpaceX spokesperson.

He said that “initial data indicates that the anomaly took place during the activation of the SuperDraco system”.

system is designed to separate the crew from the launch vehicle in the event of emergencies in the last few minutes before launch and the first few minutes of flight, and to facilitate a safe landing.

The Russian space agency Roscosmos has not yet responded to the news of ESA’s discontinued use of Soyuz rockets.