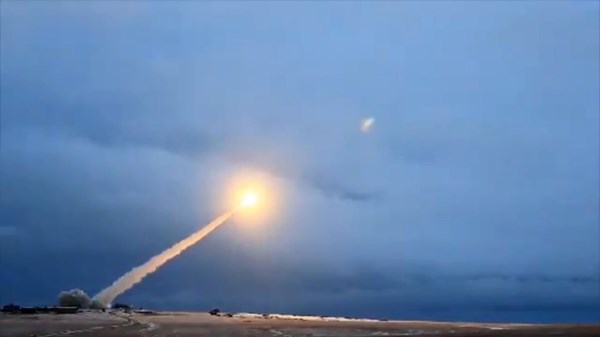 The recent incident at a testing ground near Arkhangelsk, Russia, in which an explosion killed five people, continues to generate rumors, and experts are proposing new theories as to what happened. The Swiss news outlet Le Temps writes that “a new nuclear deterrent weapon” was being tested there.

The newspaper cites a statement by a representative of the company Rosatom, who said after the incident that “the engine of a ship missile in the Navy’s armament was being tested at the testing ground”. The rocket’s fuel caught fire during the testing of the liquid propulsion system.

Most experts believe that the missile being tested was a Burevestnik, a subsonic ground-to-ground missile.

However, several specialists disagree. For example, Pavel Podvig, director of the Strategic Nuclear Weaponry of Russia project, points out several inconsistencies: Rosatom talks about a liquid fuel system, whereas the Burevestnik does not use one. Furthermore, the testing took place on a sea platform used by the Russian Navy, even though it is supposedly a ground-to-ground missile.

Another military expert told Le Temps that the Burevestnik has already been tested at two testing grounds that are far away from settlements. This particular expert believes the weapon in question was more likely a “Poseidon”, an underwater drone designed to destroy aircraft carriers and enemy ports.

Le Temps notes that nuclear engines are used by three of Russia’s most modern weapons: the Burevestnik, Poseidon, and the Skif.

An anonymous expert remarked that the Poseidon underwater drone is more in line with the location of the incident, a naval platform.

The explosion took place on August 8. The Russian state corporation Rosatom said that five of its employees had been killed and three injured. According to RBC, the casualties were Alexey Byushin, who was developing hardware and software; Yevgeny Korotaev, the lead electrical engineer; Vyacheslav Lipshev, the leader of the research and testing group; Sergey Pichugin, the engineer for category 1 tests, and Vladislav Yanovsky, the deputy head of the testing department. The people killed in the explosion were working on a state-commissioned project. The explosion led to a short-term contamination of the Arkhangelsk province.