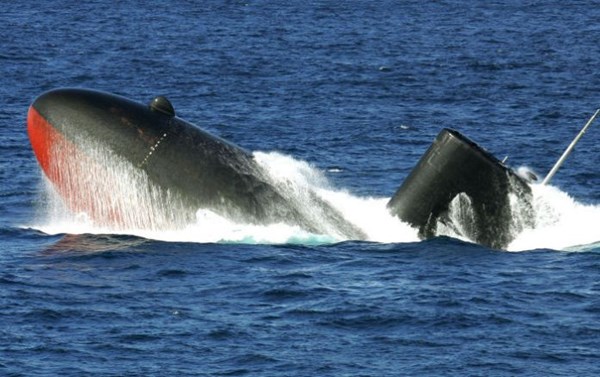 A floating dock with a decommissioned submarine sank in Sevastopol, TASS and Interfax news agencies reported, citing their sources.

The PD-16 floating dock with the decommissioned project B-380 submarine “St. George" sank although, according to the sources, the submarine has already resurfaced and is afloat. According to the interlocutor of Interfax, the dock and the submarine sank due the poor technical condition of the dock.

The TASS source claims that the incident took place in Pivdenna (South) Bay on the night of December 15. Another interlocutor of the agency specified that the sunken dock and the submarine do not belong to the Black Sea Fleet at the moment. There is no information about the victims.

This is the second such incident in a week. On December 12, Rosmorrechflot (Russia’s Federal Agency for Maritime and River Transportation) reported that a submarine which was sent for disposal partially sank in the Sea of Japan while being towed. According to TASS and RIA Novosti, it was the project B-260 Chita submarine that was decommissioned in 2013.

In addition, in 2018, in the floating dock PD-50, where the Russian aircraft carrier "Admiral Kuznetsov" was undergoing repairs, there was an accident. As a result, the boat partially sank, and a 70-ton tower crane fell on the deck of the ship. One person was killed, and several were injured.

On December 12, a fire broke out in the power compartment of the Russian aircraft carrier Admiral Kuznetsov  as it was undergoing repairs in the port of Murmansk. 12 people were injured in the fire and 2 were reportedly killed.

The project B-380 "St. George" is a diesel-electric submarine that was launched in 1982 under the name "Gorkovskiy Komsomolets" and became part of the Black Sea Fleet. In 2000, the vessel was put up for major repairs, and it was later reported that it was prepared disposal.