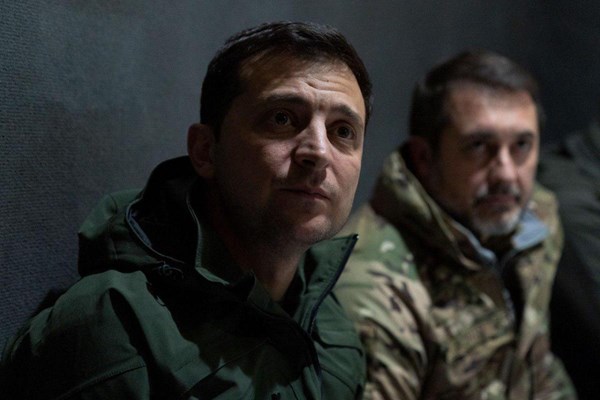 France thinks that Ukrainian President Volodymyr Zelensky has not been making enough effort to resolve the conflict in the Donbas after the Normandy Format summit in Paris in December last year, Oleg Voloshyn, a former MP who was part of the Ukrainian delegation to the summit, told 112.Ukraine in an interview.

“France cannot understand why, after quite a successful summit, held at President Emmanuel Macron’s initiative, there has been another pause,” said Voloshyn. According to him, the parties reached certain agreements, but with regard to the implementation of the Minsk Agreements “nothing is being done”.

The last Normandy Format summit, involving the leaders of Germany, France, Russia and Ukraine, was held in Paris on December 9, 2019. At the end of the summit, the parties agreed that the Minsk Agreement should remain the basis of negotiations. The leaders also agreed to a ceasefire in the Donbas and to exchange prisoners by the end of the year.

At the end of December, as agreed, Ukraine and the self-proclaimed republics of the Donbas exchanged prisoners. During the exchange, 76 people were returned to Kyiv-controlled territory. 63 were sent to the Luhansk People’s Republic, and 60 to the Donetsk People’s Republic.