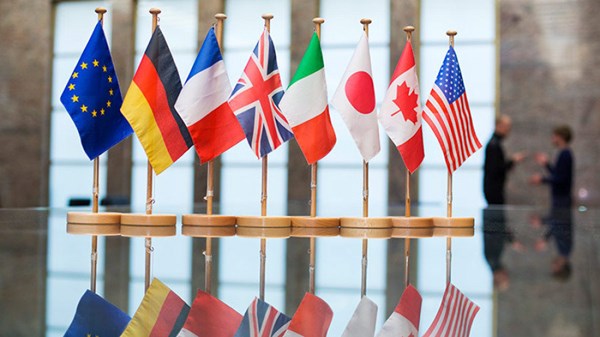 On 15 March, Ukrainian Interior Minister Arsen Avakov received a letter from Group of Seven (G7) ambassadors, in which they warned him of the activity of “extremist movements” in Ukraine.

Radio Liberty obtained a copy of two letters drafted by a group of G7 ambassadors in support of reforms in Ukraine. The group comprises of envoys from Canada, France, Germany, Italy, Japan, the UK and the US.

In the letter addressed to Avakov, French Ambassador Isabelle Dumont wrote on behalf of her fellow ambassadors that “the G7 group is concerned by extremist political movements in Ukraine, whose violent actions are worrying”.

“They intimidate Ukrainian citizens, attempt to usurp the role of the National Police in safeguarding elections, and damage the Ukrainian government’s national and international reputation,” Dumont observed.

In recent weeks, members of the National Corps have become more active, demanding the arrest of Poroshenko’s colleague Oleh Hladkovskiy, whom they accuse of “looting” state defense contracts.