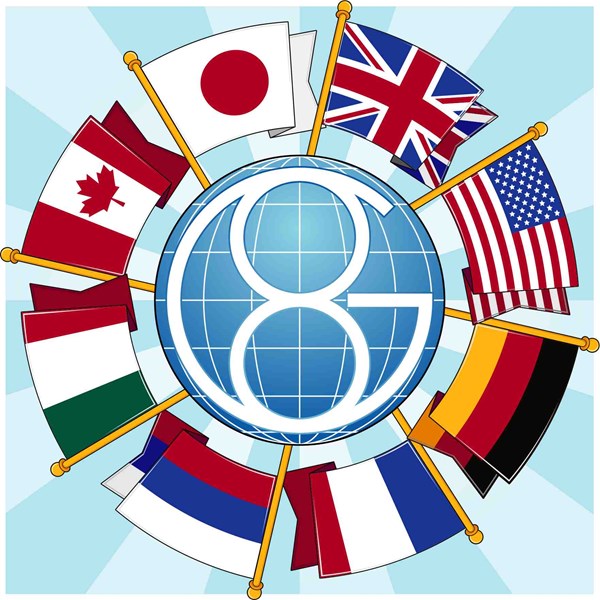 The German government has rejected a proposal by the presidents of France and the US to invite Russia to the Group of Seven (G7) summit in 2020. According to Steffen Seibert, official spokesperson for the German government, Moscow needs to show that it is willing to change its stance on the conflict in eastern Ukraine. Only after that will the Seven consider inviting Russia, DPA reports.

Ahead of a visit to Moscow on Wednesday, German Foreign Minister Heiko Maas said that he has “fundamentally different positions to Russia on many issues”, but nevertheless stressed the need for dialog. In Moscow, Maas will meet with Russian Foreign Minister Sergey Lavrov.

There have been reports in the media that French President Emmanuel Macron had agreed with US President Donald Trump to invite Russia to the G7 summit in 2020 in New York.

Trump has repeatedly spoken in favor of inviting Moscow to meet with the Seven. Ahead of a meeting with Putin earlier this week, Macron said that the situation in Ukraine is a key criterion for a return to the G8 format. A Reuters source confirmed that France’s stance has not changed.

Putin had said previously that the Group of Eight (G8) no longer exists, and that it does not make sense to discuss Russia’s participation in it.

The G8 effectively ceased to exist in 2014, when the leaders of the G7 countries – the US, UK, France, Italy, Canada, Germany and Japan – refused to attend the summit in Sochi, Russia, following Russia’s annexation of Crimea. Since then, the leaders of the Seven have met without the Russian president.

This year’s G7 summit will be held from August 24-26 in France, also without any Russian representation. President Macron confirmed that, just like last year, no joint communique will be signed at the end of the summit, on account of disagreements on several matters, including Iran and the Paris Agreement on Climate Change. The summit will nevertheless be of interest to observers, especially since it will be the first to be attended by the new British Prime Minister Boris Johnson, who has promised to implement Brexit by October 31 regardless of whether a deal is reached with the EU. There is particular interest in his meeting with Donald Trump.