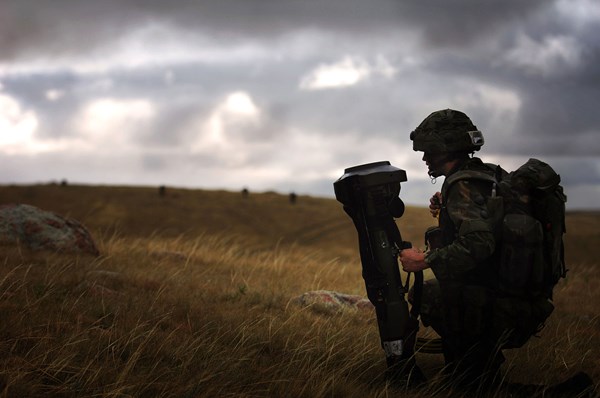 Great Britain has delivered to Ukraine shipment of  light anti-tank systems, reported the press service of the Ukrainian Defense Ministry.

"Another shipment of international technical assistance from the UK to the Ukrainian Armed Forces has arrived. This time, the partners provided new light anti-tank weapons," the Ukrainian Defense Ministry said in a statement.

Deputy Defense Minister for European Integration Anatoliy Petrenko noted that these weapons will strengthen the defense capabilities of Ukraine, and they will be used exclusively for defense purposes.

The U.K. Secretary of State for Defence, Ben Wallace, said that his country will provide Ukraine with new equipment to strengthen security and to help increase defense capabilities amid the threat of a Russian invasion.

“The NLAW is the latest weapon used by the British Army. These disposable 150mm grenade launchers  can destroy any Russian tank ,” Butusov assured.

"The NLAW is a Javelin for short distances that hits a target using 'fire-and-forget' mode," Butusov said. The operator's task is only to mark the target and press the start button. The flight path is determined automatically.

The grenade launcher allows the military to quickly respond to threats. It takes only 5 seconds from the moment of its activation to the launch of the grenade.

NLAW can be used to strike from enclosed spaces, for example a bunker. A good feature of the grenade launcher, according to Butusov, is that it is disposable.

"One can move quickly with it because of an optimal weigh of 12.5 kg," the journalist said. NLAW is capable of striking at a distance of 600 to 800 m, depending on the modification.

An important advantage is that this grenade launcher is very easy to manage. And its shelf life is as much as 20 years.

"The NLAW is an expensive short-distance weapon. This is a means of substantial reinforcement for professionally trained light infantry that is engaged in an urban combat. The British Ministry of Defense has provided Ukraine with its best weapons for close-contact battles," Butusov said.

NLAW supplies to Ukraine, the journalist believes, are proof that the West will not leave Ukraine alone facing Russian aggression. “In the event of an invasion by the Russian Federation, obviously, there will be additional deliveries of lethal weapons,” Butusov believes.