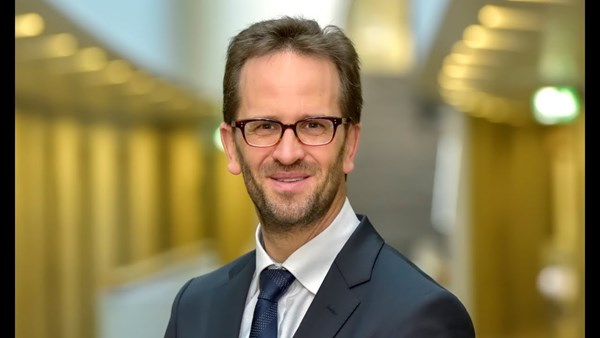 The German Federal Network Agency, which is responsible for certification of Nord Stream 2 pipeline, will be undergoing a leadership change. On March 1, 2022, a former Greens politician Klaus Müller will take over the Federal Network Agency in Bonn (Bundesnetzagentur, BNetzA), reported the German newspaper Handelsblatt .

The current head of the agency, Jochen Hohmann, after ten years in this position, was not eligible for a new term and is retiring at the age of 68.

At the same time, one of the two vice-presidents of BNetzA, Peter Franke, who worked with him all these years, will also leave his post. His successor, according to the agreements reached during the formation of the new ruling coalition, is nominated by the Social Democratic Party of Germany (SPD), the Handelsblatt newspaper writes.

Graduate economist Klaus Müller will turn 51 in February. For the past decade and a half, he has been engaged in consumer protection - first as the head of the parent organization in the largest federal state of North Rhine-Westphalia, and since 2014 as chairman of the board of the Federation of German Consumer Organisations (Verbraucherzentrale Bundesverband, VZBV).

This influential organization puts forward proposals to change the legislation of Germany, opposes business lobbyists and conducts numerous lawsuits against companies that violate, in its opinion, consumer rights.

Its most high-profile case in recent years was a lawsuit against the Volkswagen concern on behalf of about a quarter of a million German car owners who were financially affected by the "diesel scandal" that erupted due to the manipulation of data on the content of harmful substances in the exhaust gases of diesel engines. VZBV obtained compensation for them.

At the moment, VZBV demands the increase of subsidies to the low-income households for heating to at least 500 euros due to a sharp increase in gas and electricity prices. The new German government has so far planned 175 euros for households of two people and an additional 35 euros each extra family member.

Earlier, in 1998-2000, Klaus Müller was a member of the Bundestag from the Party "Union-90"/"Greens", and from 2000 to 2005 he headed the Ministry of Ecology of the federal state of Schleswig-Holstein. A few years later, his "successor" in this post was the current Vice Chancellor of Germany, Federal Minister for Economic Affairs and Climate Action, co-chairman of the Greens Party, Robert Habeck.

It was Habeck who nominated his fellow party member to head BNetzA, which is part of the structures of the Ministry of Economy of Germany.

"Klaus Müller is a convinced supporter of the energy transition, who will push the expansion of renewable energies and the grids with great commitment and a clear course," said Habeck

Handelsblatt believes that with the appointment of Klaus Müller, the trend of turning BNetzA, originally focused on antitrust issues, into an agency that deals with the protection of consumer rights and interests more broadly will intensify futher. The BNetzA regulates Germany's electricity, gas, telecommunications, post and railway.

It is difficult to predict how the arrival of new executives, the president and vice president, in the midst of Nord Stream 2 certification will affect it. Of the three parties of Germany's ruling coalition, the Green Party is the most critical, if not negative, of the Russian gas pipeline, while in the Social Democratic Party the pipeline enjoys broad, though not unconditional, support.

In any case,  the new heads of the agency will most likely need time to thoroughly get into the course of this case. Therefore, it is highly likely that the agency will take full advantage of the almost two months that it still has under the law to decide whether Nord Stream 2 complies with EU antitrust legislation.

The Nord Stream 2 certification process was suspended on November 16, 2021, until the pipeline operator, Gazprom's Swiss wholly owned subsidiary Nord Stream 2 AG, establishes a subsidiary in Germany to manage the German section of the pipeline and transfers the assets and personnel to it. So far, the case has not been reopened.

If the certification is approved in Germany, the decision of the German regulator will be submitted to the European Commission in Brussels. The EU executive body has two months to prepare its opinion, but it may request an additional two months. The German regulator is then given a further two months to announce its final decision. If it is at odds with the EC's recommendation, it could sue Germany at the European Court of Justice in Luxembourg.

Amid the change of the leadership, the December forecast of the BNetzA that the certification of Nord Stream 2 will be delayed until the second half of 2022 looks even more realistic.