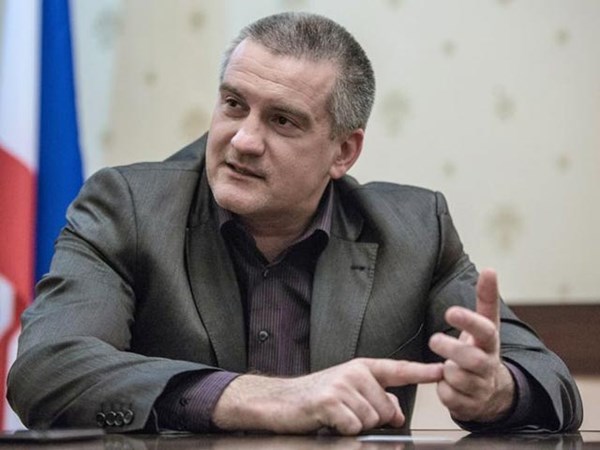 In an interview with Radio Krym (Crimea), Russian head of Crimea Sergei Aksenov said that he is considering the possibility of sending to Syria the Chornomornaftogaz drilling rigs which were captured during the annexation of Crimea.

“Today’s economy presupposes that if there are proposals from major players, who have certain resource capabilities, that would allow us to increase the number of facilities where we can produce oil and gas, then, of course, there is a possibility of public-private partnership. We have now an offer to use our platforms in Syria. Our equipment is completely new and is capable of drilling at almost any depth. We are discussing the possibility of joint ventures. Besides, there are large private players who can provide the necessary resources to engage us in the process. We are already discussing the techniques,” Kryminform quoted Aksenov as saying.

On October 17, 2016, Naftogaz of Ukraine and its six affiliated companies had initiated arbitration proceedings against Russia demanding payment for damages caused by the seizure of assets in the Crimea. Naftogaz initiated proceedings based on the agreement between the Cabinet of Ministers of Ukraine and the Russian Government on Promotion, Implementation and Reciprocal Protection of Investments.

In September 2017, Naftogaz Director for Business Development Yuriy Vitrenko estimated the lawsuit at over $5 billion, and about $7 billion including interest. The Head of the Crimean Parliament controlled by the Kremlin, Vladimir Konstantinov said the claims of Naftogaz against Russia to compensate 2.6 billion dollars for the remaining assets in the Crimea were groundless.