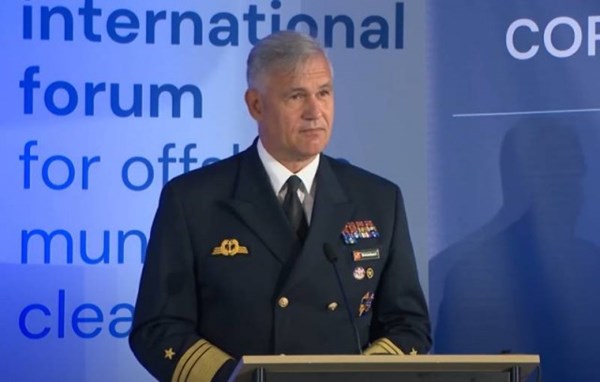 Ukraine will not be able to take the annexed Crimea back, and Russian President Vladimir Putin "may deserve respect," said the Chief of German Navy, Vice Admiral, Kay-Achim Schönbach, during a discussion at the Indian Manohar Parrikar Institute for Defence Studies and Analyses.

"The Crimean Peninsula is lost. It cannot be returned. That's a fact. And we need to understand that political issues are matters of facts and emotions," Schönbach said.

He believes that Russia does not really want to include in its territory "a small strip of Ukrainian land or split the European Union."

In his opinion, Putin wants respect, and to give someone respect is a low price or does not cost anything at all.

"It's easy to give him the respect he demands and perhaps deserves," Schönbach said.

According to Schönbach, Russia is an old, important and Christian state, necessary for Germany and India in the confrontation with China. Therefore, Russia "needs to be given a chance" in relations with the European Union and the United States.

At the same time, Schönbach agreed that Russia does not have democracy from the point of view of Western countries.

He added that Ukraine does not meet the requirements for membership in the NATO bloc, because the Donbas "is occupied by the Russian army or by what they call rebels."

The Ukrainian Ministry of Foreign Affairs stated that such statements by the commander of the German Navy are unacceptable.

"The Crimean Peninsula can only be lost in the imagination of a German vice admiral. Crimea will certainly come back thanks to the persistent efforts of Ukraine and its partners, who will be resolute in countering the aggressor state. In this regard, we demand clarification from the German government on how the words of the Navy commander correlate with Germany's consistent support for the Crimean platform," the ministry's spokesman Oleg Nikolenko said in a statement.

The Ukrainian Foreign Ministry said it was particularly surprised to hear Mr. Schönbach's opinion about the need to resume dialogue with Russia, while "the number of victims of Russian aggression has already exceeded 14,000, and more than a hundred thousand Russian troops are deployed along the Ukrainian state border. People continue to die from Russian bullets in the Donbas, and Crimea has turned into a human rights ghetto and an aircraft carrier armed to the teeth, posing a threat to the entire Black Sea region."

"On the territory of Germany itself, Russian special services destroy political opponents, conduct disinformation campaigns and try to interfere in internal affairs. Even an attempt to understand Putin on the part of the commander of the German Navy must have its moral, political, and security limits. In this case, these boundaries are grossly violated," the Ministry added.

The Ukrainian Foreign Ministry demands a public refutation of the statements of the Commander of the Navy by the German government, which "cast doubt on the sovereignty and territorial integrity of Ukraine and undermine efforts to de-escalate the situation in Europe."

Unlike the United States, Great Britain, Poland and other allies, the German government refuses to export weapons to Ukraine.