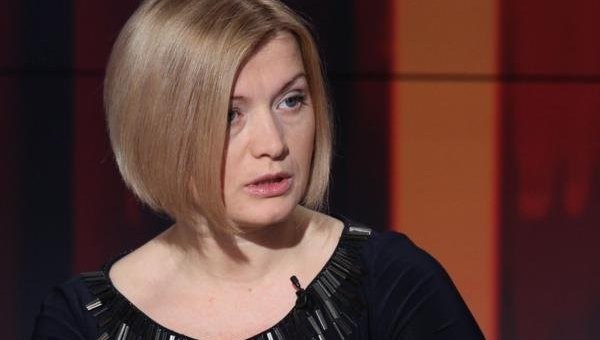 The First Deputy Chairman of The Verkhovna Rada of Ukraine, Iryna Herashchenko, has said that the bill on the reintegration of the Crimea and the Donbas is divided, "as the methodology for the return of these territories will be different."

"Why is the issue of the Crimea and Donbas divided within the bill? We are still fighting for the return of the Donbas and Crimea, but even in international law the situations with these stolen Ukrainian territories has been determined by different terminology: the Crimea is annexed, while there is creeping annexation on the Donbas, as the Russians refuse to recognize their presence there. The methodology for the return of these territories will also be different, this is obvious," Herashchenko wrote on her Facebook page.

She also explained that it is necessary to fix the Russian presence in the Donbas legally, to key in on what the situations with the Crimea and the Donbas have in common, and distinguish what is different.

On October 4, Ukrainian President Petro Poroshenko submitted a bill to the Verkhovna Rada “on the specifics of the state policy for securing the state sovereignty of Ukraine over the temporarily occupied territories in the Donetsk and Luhansk regions”.

The bill, among other things, proposes to determine a legal regime for the separated regional territories in the Donbas, where Ukrainian authorities currently do not operate. The Ukrainian parliament was offered another presidential bill on the peaceful settlement of the situation in the Donbas, as well as an alternative to the presidential bill (No. 7163-1) from the People's Deputies, in particular from the Self-Reliance party and vice-speaker Oksana Syroyid.

On October 6, People's Deputy of Ukraine Refat Chubarov, speaking from the rostrum of the Verkhovna Rada before voting for the presidential bill No. 7163-1, supported it, but urged in the second reading to introduce norms for the de-occupation of the Crimea in the draft law.