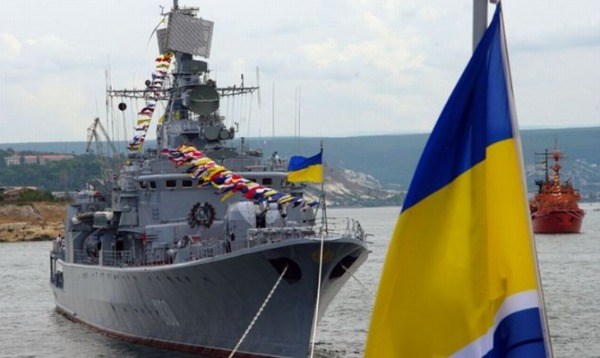 Ukraine has “all means” necessary to face the Russian fleet, said the Deputy of the Verkhovna Rada, Yuriy Bereza in an interview to  Observer news outlet.

He suggested to “look at a map” of the Azov Sea to understand how to fight the Russian fleet. In his opinion, if “correctly” placed, missiles can “destroy in literally five to ten minutes” any fleet that enters the sea.

Additionally, according to the deputy, Ukraine has suitable weapons for this task. Specifically, these are the weapons that the country received from the Soviet Union. At the moment, according to Bereza, the Ministry of Defense of Ukraine is carrying out “necessary measures” on the coast of the Azov Sea in order to “adequately” respond to the enemy.

In late July, the ex-commander-in-chief of the Ukrainian Navy Vice Admiral Sergei Gaiduk said that in order to combat Russia, mine fields have to be created in the Sea of Azov. A member of the Federation Council Committee on Foreign Affairs of Russia, Sergei Tsekov called Gaiduk’s proposal outrageous. In his opinion, mining will primarily become an obstacle to civil shipping.

In mid-August the Secretary of the National Security and Defense Council of Ukraine, Oleksandr Turchynov said that Kyiv needs to strengthen its presence in the Azov and Black Seas because Russia sees them as a platform for further expansion of its borders. He noted that it is necessary to relocate a part of the naval fleet to the region, deploy additional observation posts and organize a response. On August 29th, the press center of the Ukrainian Navy command stated that the country’s authorities in the near future will expand the fleet of ships, the number of marines and artillery in the Azov Sea.