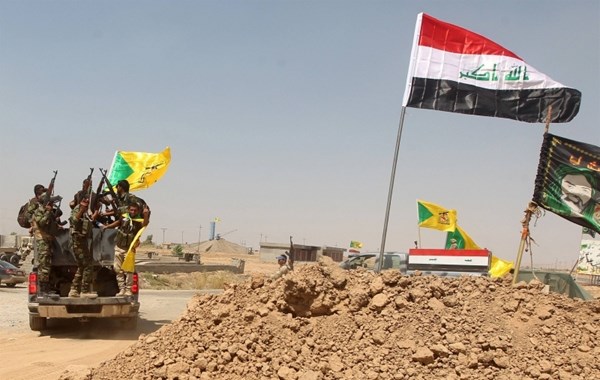 Iranian-backed militia Hashd al-Shaabi, which carries out operations in Syria alongside the Iraqi forces, accused the US-led coalition of killing 22 of its fighters during the recent air strike on their positions. According to Hashd al-Shaabi, 12 of its soldiers were also injured.

“At 22:00 of Sunday evening, June 17, 2018, American aircraft, using guided missiles, struck three positions of Hashd al-Shaabi units of the 45th and 46th brigades which protect the border line with Syria, leading to the death of 22 fighters and the injury of 12,” reads a statement published by Hashd al-Shaabi on Monday.

According to the sources, the positions of the Syrian Army in the village of al-Hari, east of the city of Abu Kamal, came under fire.

Earlier, Syria’s state news agency SANA reported that 38 people were killed during the air strike.  US-led Coalition spokesperson Sean Ryan denied that the coalition had carried out this operation.

Hashd al-Shaabi, which are part the Iraqi defense forces, have demanded explanation from the US.

“We believe such strikes were an attempt to allow the enemy [ISIS] to control the border after the military forces, including the army, the border forces, and Hashd, gave their lives to liberate these areas and the border,” the group said. The group claims the Iraqi Joint Operations Command is fully aware of their presence there.

Hashd al-Shaabi representatives said they will hand over the evidence of the strike to Iraq’s commander in chief, Prime Minister Haider al-Abadi.

“The blood of Iraqis defending the land and honor won’t be in vain,” Hashd al-Shaabi warned.

Haider al-Abadi was established in 2014. It is believed to include more than 150,000 Shia fighters.
The Euphrates River has served as a frontier between forces loyal to the Syrian regime and those supported by the US-led coalition, both fighting ISIS in Deir ez-Zor province.

A deconfliction line between the US and Russia, supporting Damascus, has largely prevented incidents between the two sides.