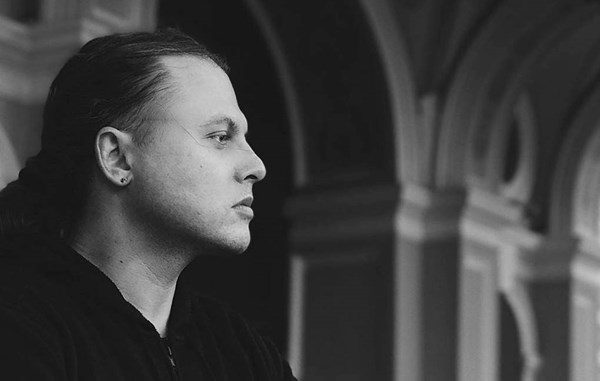 39-year-old Ukrainian theater director Yevgeny Lavrenchuk was taken into custody In Italy at the request of the Russian authorities for his extradition. Lavrenchuk is accused in Russia of fraud (Part 3 of Article 159 of the Criminal Code), reports TASS.

Lavrenchuk is the chief director of the Odesa National Academic Opera and Ballet Theater. The Tagansky District Court of Moscow arrested him in absentia in July 2020.

According to the press secretary of the Ukrainian Ministry of Foreign Affairs Oleg Nikolenko, the director was detained in Italy on December 17. According to him, the Consulate General of Ukraine in Naples provides Lavrenchuk with consulting assistance and provided him with a lawyer. On December 31, the Ukrainian consul visited the director and assessed his condition as satisfactory and confirmed the conditions of detention were acceptable.

According to the head of the initiative group Free Eugene Lavrenchuk Marianna Gudich-Paliy, the director is accused of "financial violations" eight years ago. According to her, Lavrenchuk lived and worked in Russia until 2014. "Yevgeny's family and close associates gave permission for the public disclosure of the details of the case, realizing that [it] is fabricated and looks like political persecution," Gudich-Paliy wrote on Facebook.

A native of Lviv, Evgeny Lavrenchuk studied at the Russian Academy of Theatrical Arts (GITIS) as an opera director, he graduated from the apprenticeship of Roman Viktyuk. Then Lavrenchuk founded the "Polish Theater in Moscow" and the "School of Acting and Directing".

Lavrenchuk also graduated from higher courses in choreography at the Maria Curie-Skłodowska University in Lublin, Poland, and higher courses for directors of feature films. He is a laureate of international competitions and festivals in Europe.

In 2011, Lavrenchuk's productions of "The Dragon" and "Anna Karenina" on the stage of the Tomsk Young Spectator Theater caused indignation among the city council elders. In their opinion, the director "promoted homosexuality."

"We presented to the court materials on Lavrenchuk's scripts and performances in Ukraine, Vologda and Tomsk. In our city, he staged "Anna Karenina", and if Leo Tolstoy had watched his (Lavrenchuk's) interpretation, he would have turned over in a coffin, " said Anatoly Chemeris, chairman of the Tomsk council of elders , as quoted by Interfax.

At the end of August 2013, Lavrenchuk filed a lawsuit against the administration of Tomsk and the city council of elders. The trial, at the request of the plaintiff, was held behind closed doors. The claim was dismissed.

In 2014, Lavrenchuk left for Ukraine. In an interview with Gordon, he said that he could not be in a country that kills his compatriots. According to the director, he paid taxes in Russia and therefore formally supported the Russian authorities, who that year annexed Crimea and provoked an armed conflict in eastern Ukraine.

In 2018, Lavrenchuk became the chief director of the Odesa National Academic Opera and Ballet Theater and the rector of the First Ukrainian School of Theater and Cinema. In March 2021, he was awarded the title of Honored Artist of Ukraine.