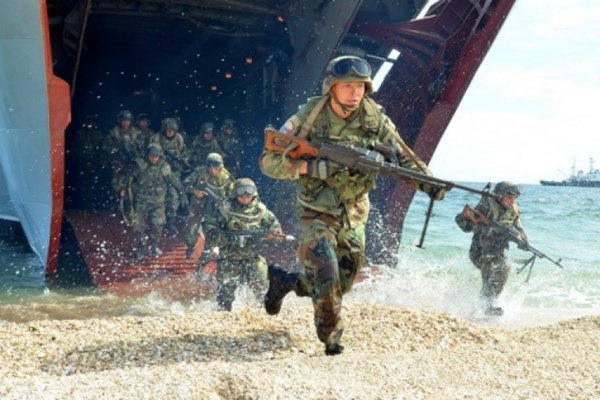 For the first time, the Japan Self-Defense Forces will be taking part in the Sea Breeze 2020 naval exercise, which will be held in Ukraine this year, the Ukrainian Defense Ministry announced on its website.

On Wednesday February 5, Ukrainian Defense Minister Andriy Zahorodniuk met with Jiro Hiroe, director of one of the departments of the Japanese ground forces command.

During the meeting, the parties agreed that Japanese troops would participate in the Sea Breeze exercise this year. The defense department emphasized that Japan’s involvement in the drills is an important factor for military cooperation between the countries.

Ukrainian Deputy Defense Minister Alina Frolova told the foreign representatives about the progress of the Joint Forces Operation in the Donbas.

“The Japanese delegation was also informed about the militarization of the Russia-occupied Crimean peninsula, as well as the destabilizing acts that this country is committing in the Azov and Black Sea region,” the Defense Ministry reported.