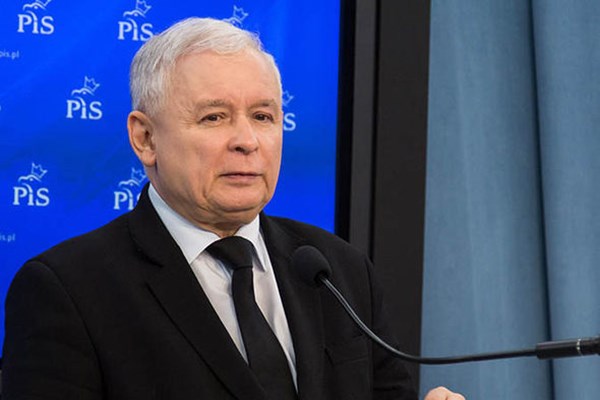 Jarosław Kaczyński, leader of Poland’s Law and Justice party, said that Russia “attacks where it sees a weak spot and a chance of victory”. “This was the case in Crimea and in eastern Ukraine. However, it has problems wherever decisive resistance arises, even diplomatic,” he told Bild in an interview, Polskie Radio reports.

He pointed out that this also applies to Poland and the Baltics, which is why the presence of NATO troops in these countries is important.

“Germany should send more troops, especially to the Baltic states. In Poland, the historic past testifies against us having a large number of German soldiers. Germany must take this into account. However, we do know one thing: We need effective rapid response divisions in Eastern Europe,” Kaczyński remarked.

The head of the Law and Justice party also mentioned the Smolensk tragedy, which will be 10 years ago in April this year. When asked whether he believes that his brother Lech Kaczyński died as the result of an assassination for which Putin was responsible, Jarosław responded: “The main problem is that Russia still has not returned to us the fragments of the plane, and so it cannot be examined properly”. He added that there are still two investigations which are working to identify all possible causes of the crash.

In the last few weeks, Russian President Vladimir Putin and other senior Russian officials have made statements accusing Poland, the first victim of World War II, of fomenting the conflict. According to western historians, Russia’s assertions are baseless.

The Polish senate has passed a resolution of protest against the rewriting of history by the Russian government and Russian politicians.