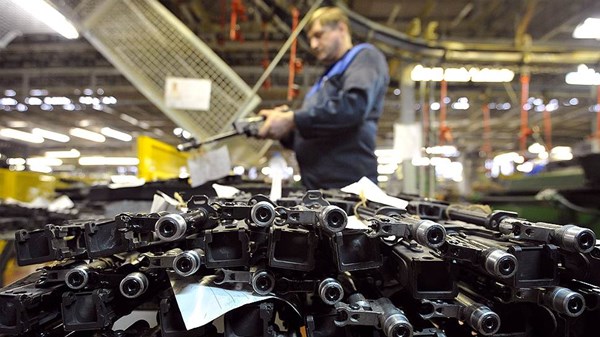 Sanctions imposed on the Kalashnikov concern (part of the Rostec state corporation, the Russian Federation) have cut off the company’s access to 70-90% of the global civil arms market, Interfax-Ukraine reports.

“Sectoral sanctions imposed against Kalashnikov concern in 2014 by the United States, European Union states, Canada, Japan, Australia, and other countries have decimated the company: the sanctions cut off Kalashnikov’s access to 70-90% of the world’s market of civil weapons,” according to its financial report for the last quarter of 2017.

“In addition, the concern was cut off from the SWIFT international payment network, which makes it harder for the company to receive payments for the export of sport and hunting weapons,” the document said.

At the same time, the document said that lifting sanctions within the next 5-7 years was very unlikely.

In addition, the weakening of national currency impacted the production.

The report mentioned that Kalashnikov relies on foreign parts and components in its production. “A slump in the national currency has put the cost of procurement of parts, components, tools, and stock materials sensitive to the exchange rate out of balance making the production more expensive,” the report stated.

As it was earlier reported, in June 2016, the United States considered setting up its own production of a weapon similar to the Kalashnikov gun.