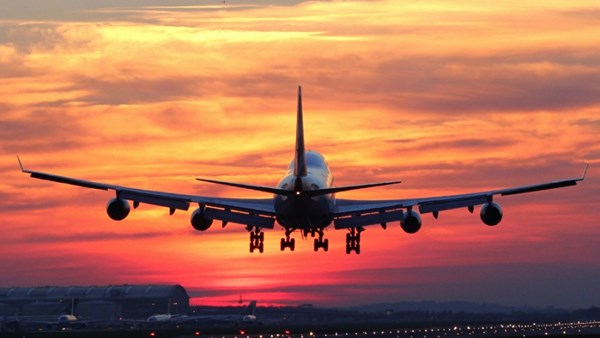 At least eight private business jets, according to Flight Radar, took off from Kazakhstan in the morning of Wednesday, January 5, amid mass protests, looting of the government buildings and reports of security forces joining the protesters.

According to Ateo Breaking, among others, a Bombardier Global 500 with registration number 9H-AVA, belonging to the husband of Dinara Nazarbayeva, the daughter of the country's first president Nursultan Nazarbayev, who after his resignation in 2019 retained the title of Elbasy (leader of the nation) and the post of chairman of the National Security Council, flew from Almaty in the direction of Kyrgyzstan.

On Wednesday, Kazakh President Kassym-Jomart Tokayev said he has become the head of the Security Council, which remained silent for four days as protests escalated from local unrest in the west of the country into a nationwide uprising.

Nazarbayev himself is ready to leave Kazakhstan for medical treatment, said the editor-in-chief of Echo of Moscow Alexei Venediktov, citing a source in the Russian Foreign Ministry.

Tokayev, who twice addressed the nation, issued a third statement on Wednesday in which he said he would remain in the capital Nur-Sultan and intended to act "as harshly as possible" to suppress the protests, which he said were planned by a group of conspirators.

RIA Novosti reported, citing its sources, that Russia has not yet seen any reason to think about the evacuation of Tokayev himself. "We do not believe that the situation is so bad that it would require such a radical step. Our data does not support this information," he said.

Nevertheless, at about 15.00 Moscow time, the plane of the Rossiya airline serving the Russian government took off from Moscow. The Tu-214 with registration number RA 64251 was heading towards Kazakhstan, but did not have time to land, because the Almaty airport was seized by protesters. The airport of the city of Aktau also does not work, the national carrier Air Astana told the Mir 24 TV channel.

Telegram channels and social networks were filled with rumors that a delegation of Russian security forces headed by the Secretary of the Security Council Nikolai Patrushev was sent to Kazakhstan. However, the special aircraft of the FSB - Tu-214PU with registration number RA-64523, which was sent to Belarus in August 2020 under similar circumstances, is still in Vnukovo airport in Moscow, according to FlightRadar.

The Kremlin has officially stated that there was no need to interfere in the events in Kazakhstan, which is part of both the Eurasian Economic Union (EAEU) and the Collective Security Treaty Organization (CSTO) military bloc.

"We are convinced that our Kazakh friends can independently solve their internal problems," Russian presidential spokesman Dmitry Peskov said on Wednesday. The Russian Foreign Ministry expressed support for President Kassym-Jomart Tokayev, but at the same time called the protesters' demands "legitimate".

The European Union called on all parties to "show responsibility and refrain from actions that could lead to an escalation of violence."

"Recognizing the right to peaceful demonstrations, the European Union expects them to take place without violence" and "calls on the authorities to be proportionate in the use of force in protecting security and to comply with international obligations," the EU statement reads.