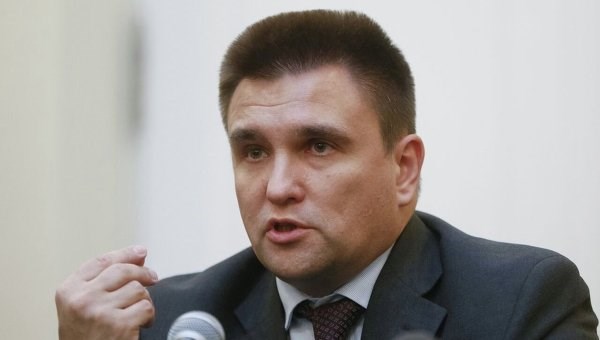 The Minister of Foreign Affairs of Ukraine, Pavlo Klimkin took part in the meeting of Foreign Ministers of the Group of Seven countries in Toronto, during which they discussed the situation in the annexed Crimea and the Donbas and counteracting Russian hybrid aggression.

"Thanks, Chrystia Freeland and all the Foreign Ministers of the G7 countries for friendly conversation... Ukraine is perceived as an integral part of the free world, a common democratic space. Our partners in the G7 see an attack on Ukraine as an attack on the free, democratic world," Klimkin wrote on his Twitter page following the meeting on Sunday, April 22.

The Ukrainian Foreign Ministry clarified that in Toronto, they also discussed the new challenges brought by Russian hybrid aggression against the free world. The G7 Foreign Ministers expressed their solidarity support for the territorial integrity and state sovereignty of Ukraine.

The Ministers also pointed to the necessity of continuing reforms in Ukraine and to maintain sanctions against Russia and discussed prospects for the deployment of UN peacekeepers in the separate areas of the Donetsk and Luhansk regions.

In Toronto, Klimkin held bilateral talks with acting US Secretary of State John Sullivan and the Foreign Ministers of Germany and Britain, Heiko Maas and Boris Johnson.

Meetings between the G7 Foreign Ministers are planned for April 22 and 23. On April 23 and 24, the consultations between the Ministers for security will be held. In addition, on April 23, a general meeting will be held involving all of the participants.

The summit's agenda includes the situation in Syria, the Donbas and on the Korean Peninsula, relations with Russia, Ukraine, the Palestinian-Israeli conflict, combating terrorism, cyber-attacks and the proliferation of weapons of mass destruction.