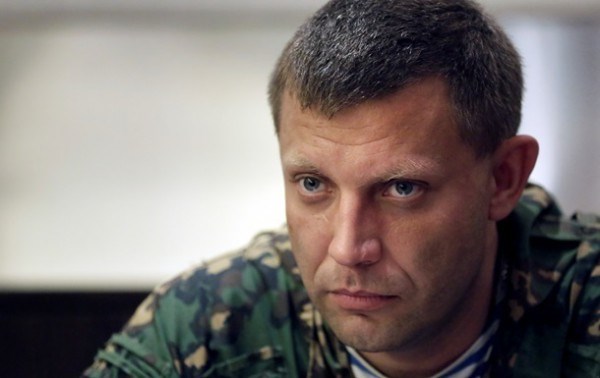 The Russian Ministry of Foreign Affairs called the assassination of the leader of DPR, Alexander Zakharchenko a “terrorist act,” and officially accused Kyiv of his killing.

“In Donetsk, the leader of the DPR, Zakharchenko has died as a result of a terrorist act. We have reasons to believe that the Kyiv regime is behind this murder,” said the official speaker of the Russian Foreign Ministry Maria Zakharova.

She also officially accused the Ukrainian authorities of abandoning the Minsk agreements and starting a “bloody slaughter” in the Donbass.

“Instead… of seeking ways to resolve internal conflict, Kyiv’s “political party of war”, committed an act of terrorism… Not keeping their promise of peace, they apparently decided to start a “bloody slaughter,” the Russian Foreign Ministry representative said indignantly.

The leader of the so-called Donetsk People’s Republic, Alexander Zakharchenko, was killed on August 31st.

Zakharchenko was fatally wounded during an explosion in Separ restaurant on Pushkin Boulevard in Donetsk.

Soon afterward, the DPR authorities reported the capture of a group of “Ukrainian saboteurs” allegedly implicated in the organization of the explosion.

The Ukrainian Security Service (SBU) confirmed the death of Zakharchenko and denied information about the capture of Ukrainian saboteurs. OSCE observers heard an explosion in the center of Donetsk. As Russian Interfax news agency reports, 11 people were killed or injured in the explosion in the restaurant Separ in Donetsk.