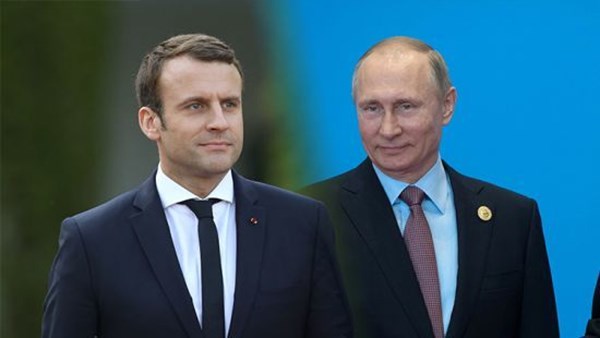 "Probably, it is necessary to clarify, because it causes great interest. Indeed, in some situations, Putin communicates with his guests directly, very close, sitting in front of the fireplace in the representative office. They shake hands and so on, and with other negotiations take place at the table," Peskov said at a press briefing.

According to him, the distance between the presidents at the negotiating table is about six meters.

"It's really because some leaders follow their own rules, and they don’t want to interact with the host country in terms of exchanging tests. We understand this, this is a normal world practice. But in this case a protocol of additional measures to protect the health of our president and our guests at the same time comes into play. Then a greater distance [between the presidents] is applied," Peskov said.

“But if doctors, infectious disease specialists of the two countries interact,” Peskov continued, “mutual testing is carried out, then it is possible to avoid such restrictions.”

"There is no politics here. Everyone treats it with full understanding, and this in no way interferes with the negotiations, which is the main thing," the Kremlin spokesman said.

Peskov refrained from further comments, including whether Putin passes a PCR test at the request of the visiting side.

"Here I would not like to go into any further details. Still, let's leave something in the non-public side. But once again: different formats of interaction between those who ensure the epidemiological safety of both our president and our guests are possible," Peskov concluded.

Earlier, the media reported that Macron passed the French PCR test before leaving for Moscow, but this was not enough for the Russian side. "The Russians have told us that Putin needs to be kept in a strict medical bubble," a source close to Macron said.

Sources familiar with the French president's health report told Reuters that Macron had been given two options - to take a PCR test and communicate with Putin at a short distance or to follow stricter social distancing rules. "We knew very well what no handshake and this long table meant. But we could not allow them to get the DNA of our president," one of the interlocutors said.

On February 7, Macron and Putin held talks in Moscow. The discussion lasted more than five hours. The long table at which the presidents sat became the subject of numerous jokes and memes.