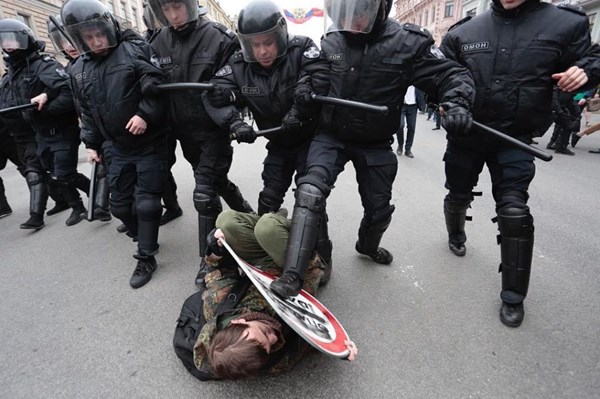 The Russian media watchdog, Roskomnadzor, threatened to block and fine the media outlets providing "inflated numbers of participants in illegal rallies" and for reporting "alleged incidents of violence and clashes".

"Fakes about unsanctioned rallies have started circulating on social networks. According to the requirements of the Prosecutor General's Office and Roskomnadzor, social networks will be blocking access to false information, with inflated figures on the number of participants in illegal rallies, the alleged incidents of violence and clashes, the death of protesters," Roskomnadzor said in a statement.

On January 23, protests against the arrest of opposition leader Alexei Navalny took place in many regions of Russia. According to OVD-Info, the number of detainees across the country is at least 4,027.

In Moscow alone, there were about 15,000 people at a rally in support of Navalny, the White Counter, volunteer organization monitoring the rallies, calculated.

According to the White Counter’s project coordinator Dmitry Nesterov, this action had a record number of protesters since 2013. Nesterov did not rule out that more than 20,000 people took to the streets in just one day. According to Reuters, at least 40,000 people took part in the rallies in Moscow.

There can be no dialogue with the participants of the actions on January 23 because they violated the law, Dmitry Peskov, a spokesman for the Russian president, said earlier.

"People who have come to illegal action are violators of the law. That's the first thing. People who have certain questions, they deserve to be answered. But questions need to be asked within the law. Those who went to an illegal protest and participated in the riots and attacked the law enforcement agencies, these are serious offenses, there can be no dialogue with them," Peskov said.

After that, the representative of the Anti-Corruption Foundation, Leonid Volkov, announced a new protest on January 31 demanding the release of Navalny. In response, the police announced that in the center of Moscow will be restrictions for the movement of pedestrians and many subway stations will be closed.