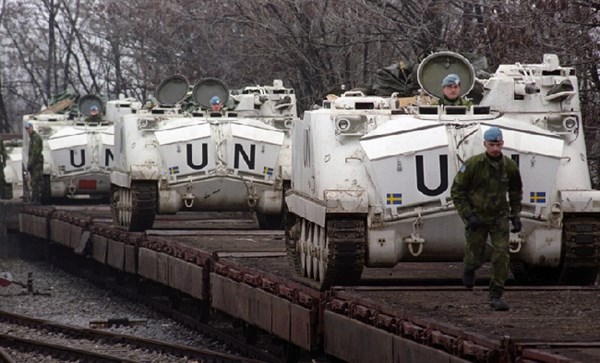 The UN Security Council was ready to begin deployment of UN peacekeepers in Donbas, but Russia rejected virtually all important provisions, as stated by Volodymyr Yelchenko, the permanent representative of Ukraine in the United Nations, in an interview with Yevropeyskaya Pravda.

“The Security Council was ready to begin work on the mandate of the peacekeeping operation, but Russia rejected virtually all important provisions and returned to its idea of a strange operation where UN peacekeepers would guard OSCE observers,” he said.

According to the Ukrainian diplomat, Russia initially did not want a UN peacekeeping operation to be deployed in the territory of the Donbas.

“I think it was just a game…they need either to preserve the existing situation, or the so-called ‘peacekeeping’ operation, deployed according to Russia’s conditions, will freeze this conflict for decades,” added Yelchenko.
He also expressed the opinion that there will not be any progress in negotiations in the near future on the subject.

“Yes, there was a chance, but Russia did not use it or allowed it to be used,” the diplomat said.

Earlier Russia, submitted a draft resolution to the Security Council on the deployment of UN forces in the Donbas, which would serve to protect observers of the OSCE Special Monitoring Mission.