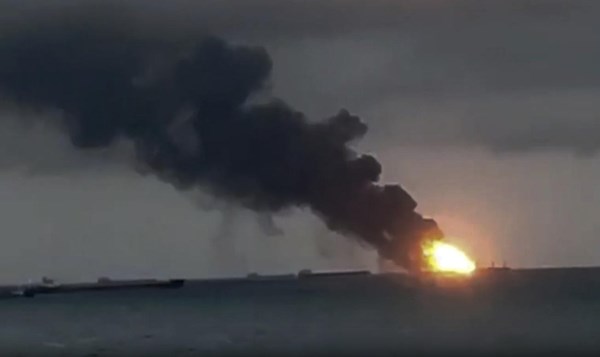 The gas tankers Maestro and Venice, which caught fire near the Kerch Strait, have been involved in illegal gas shipments to Syria since 2016, Ukraine’s Ministry of Temporarily Occupied Territories reported, citing information from the US Office of Foreign Assets Control (OFAC).

“According to the US Treasury Department’s OFAC, the ships Venice and Maestro have been involved in illegal gas shipments to Syria since 2016,” the statement reads.

According to international monitoring systems, the tanker Venice left the Russian Port of Temryuk on 20 January, but at the time of the emergency, the ship’s AIS (Automatic Identification System) was not activated.

“The same thing was observed with the tanker Maestro – the last information about the ship was documented by the AIS on 9 January 2019,” the Ukrainian ministry noted.

The department pointed out that the AIS system makes it possible “not only to respond in a timely manner to ship crises and to offer assistance to victims, but also to monitor violations in ship movements and the illegal crossing of borders”.

“Such actions by foreign companies involved in maritime transport are designed to avoid accountability to Ukrainian legislation, as well as the desire not to end up on the list of violator companies which international legal sanctions could be used against,” the ministry observed.

“Now it is hard to determine the origin of the gas that has been transported, but according to the existing information, the ships Venice and Maestro have been involved in the shipment of gas extracted both from the Ukrainian shelf and from other countries,” the department continued.