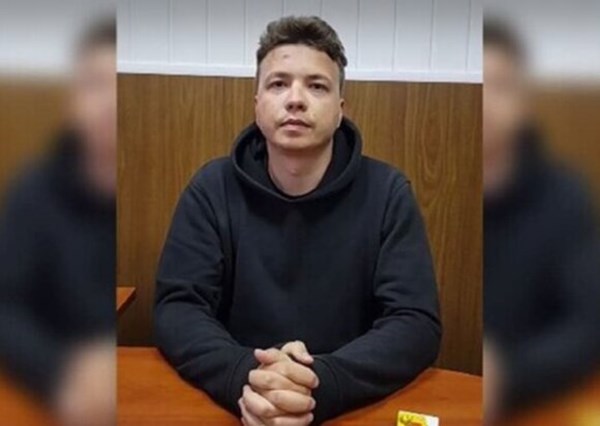 "It will hurt Alexander Lukashenko. We have enough tools to make it painful for people and countries that do not respect the territorial integrity of Ukraine," the Minister said on air of the TV program "Breakfast with 1.1."

He reminded that Ukraine and Belarus have "many different ties, including economic ones." However, Kuleba refused to specify what measures Kyiv could take.

"I do not want to make life easier for Alexander Lukashenko and his entourage in advance. We will act very carefully, because we do not want any political or trade war with Belarus. This is a country close to us, we care about the Belarusian people, but Alexander Lukashenko, in fact, leaves us no choice," the Foreign Minister stressed.

The incident with the Ryanair plane, which was flying from Athens to Vilnius, occurred on the afternoon of May 23. The Minsk airport authorities claim the airliner requested a landing because of a bomb threat. The airline said that the crew received information about an explosive device on board from the Belarusian air traffic controllers, who gave instructions to land the plane in Minsk. A MiG-29 fighter aircraft of the Belarusian Air Force was sent to escort the passenger plane.

The Ryanair plane was at the Minsk airport for more than five hours, but during this time no dangerous objects were found on board. However, the Belarusian security forces removed Roman Protasevich, the former editor-in-chief of the Telegram channel Nexta, from the flight. Nexta actively covered rallies in Belarus after the presidential elections, which were held last August. Three criminal cases related to mass riots have been opened against the journalist in Belarus.

The European Union advised its airlines not to fly over the territory of Belarus, after Minsk diverted the Ryanair flight to arrest the founder of NEXTA, Roman Protasevich.

More than 12 airlines, including KLM, Lufthansa, Air France and British Airways, have refused to fly over Belarus.

Lukashenko said that Protasevich allegedly fought in the Donbas as part of the Azov battalion. Protasevich himself denies taking part in the fighting, explaining that he was with the battalion as a journalist. The founder of Azov, Andriy Biletsky confirmed it.

On May 27, the " the Prosecutor General's Office of Luhansk People’s Republic’s " opened a "criminal case" against Protasevich for his alleged participation in the fighting in Azov. LPR also asked Belarus to extradite Protasevich. In turn, Lukashenko offered "investigators" from Luhansk to come to Minsk.