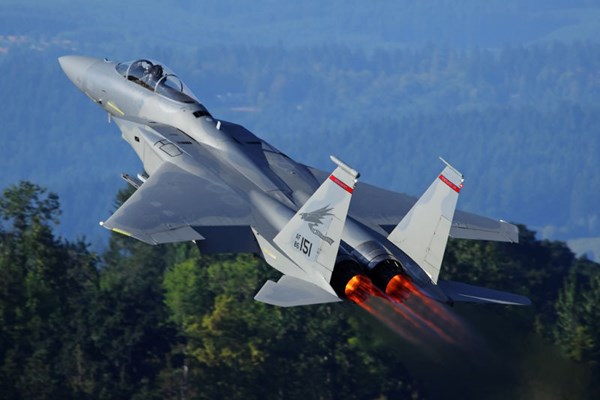 This year’s international aviation exercises, Clear Sky 2018, will take place in October and will become the largest aviation exercise since Ukraine’s independence, the Ukrainian Ministry of Defense stated on Thursday, June 21.

“More than 40 aircraft, dozens of anti-aircraft missile systems, hundreds of servicemen from Ukraine and almost 10 NATO countries will be engaged in the largest-scale international exercises of aviation units,” the Ministry’s statement reads.

The Clear Sky 2018 exercises have been tentatively scheduled to last about two weeks.

“Simulation of tactical tasks without using military weaponry will take place in the area of certain airfields—mostly in the western part of Ukraine—and also over the territory of Poland and Romania,” the Ministry of Defense stated.

Ukraine will provide an estimated 20 aircrafts of various types, helicopters and unmanned aerial vehicles, stationary and mobile radar units and mobile fire teams of the air defense unit to the exercises.

The United States will be represented by air crew, ground forces and ground facilities.

“Organizers expect that the Clear Sky-2018 exercises will contribute to security in Eastern Europe and will make it possible to enhance the training levels of Ukrainian Air Force crews,” the statement emphasizes. “The crews will be trained in performing tactical tasks in a cooperative environment, reaching a fundamentally new and qualitative level of compatibility with U.S. air forces and other NATO member-countries during this joint air operation, which will serve to protect the sovereignty of airspace.”