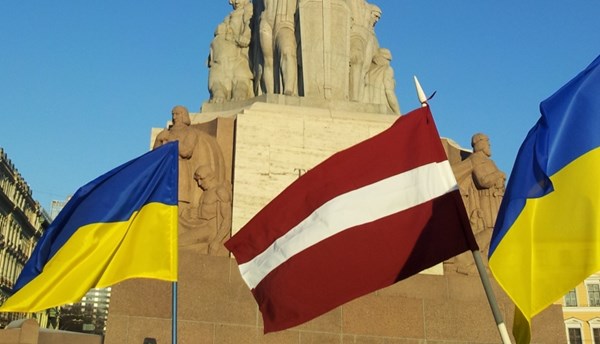 A Latvian delegation, together with Latvian Ambassador to Ukraine Juris Poikans, has provided more than 20 tons of humanitarian cargo for citizens residing near the demarcation line in the Donetsk region, the local Donetsk administration reported.

The Latvian ambassador noted that this is the twelfth batch of humanitarian cargo that has been sent directly to the Donetsk region.

“This time we brought clothes, shoes and toys, which will be taken by the National Guard of Ukraine to Avdiivka and several other settlements. The largest contribution to this assistance was made by head chaplain of the Latvian National Armed Forces Elmars Plavins, who pooled the efforts of non governmental organizations from Latvia and Sweden, the armed forces and the Defense Ministry,” he observed.

Poikans also expressed his certainty that Latvia would continue to collaborate with educational institutions in the Donetsk region in order to raise the level of education to European standards.

“Latvia was one of the first European countries to start providing assistance to the regions that were suffering as a result of the combat. At the time, it was Latvia that helped to deal with the most difficult humanitarian issues, and now we are trying to overcome the challenges independently. However, until now, we have been jointly implementing many military and humanitarian projects, which has a positive effect on relations between our countries,” Kuts noted.

Oleksandr Syrskyi, Commander of the Joint Forces Operation, also thanked Latvia for its constant assistance to the civilian population, and commented on Latvia’s major role in training divisions of the Ukrainian Armed Forces and officers of the Civil-Military Cooperation in accordance with NATO standards.

For more than five years now, Latvia’s defense sector has been assisting soldiers and civilians who are affected by the conflict in Eastern Ukraine.

On 1 June, the Swiss Embassy in Ukraine sent 22 vehicles with more than 400 tons of humanitarian cargo to the occupied Donbas territories. The cargo included chemical reagents for purifying water, salt, medical equipment, bleach and activated charcoal.