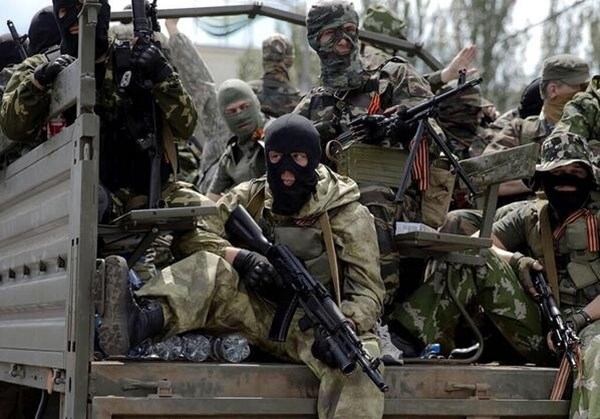 The leader of the pro-Russian militants, Denis Pushilin, said that Ukrainian soldiers allegedly carry out massive shelling of the territories, which are not under Kyiv’s control, and called on the male population of the self-proclaimed Donetsk and Luhansk People’s Republics to take up arms.

"In recent days alone, the artillery of the Ukrainian Armed Forces has fired more than 1,700 mortars and shells on residential areas. We are being hit with heavy artillery, mortars, grenade launchers and tanks. People are dying. Schools No. 105 and No. 56 in the capital were seriously damaged," Pushilin said on his Telegram channel.

Pushilin also said that the situation near Mariupol was deteriorating. He accused Ukrainian troops of shelling "people's militia" units near the town of Kominternove. According to him, there is fighting on the Russian border with Ukrainian sabotage groups.

"I call on all the male population - all those capable of holding weapons in their hands - to come to military conscription centers and stand up for their families, their children, wives, mothers and our fatherland," the DPR leader said in a statement.