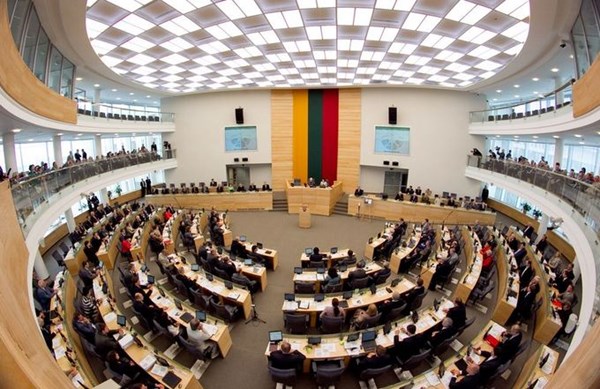 The Lithuanian Seimas has adopted the so-called Magnitsky Law, which prohibits the entry of foreigners associated with large-scale corruption, money laundering and human rights violations, during the first reading, reported Delfi news agency.

The relevant amendments to the law on the legal status of foreigners were approved by 78 deputies; one deputy voted against, and five abstained.

According to one of the project’s initiators, conservative leader Gabrielius Landsbergis, Lithuania could become the fourth country in the world to adopt such a legal act. The Magnitsky Law has already been adopted in the US, Canada and Estonia.

The current legal provisions on the rights of foreigners provide that a foreign citizen may be prohibited from entering the Republic of Lithuania for more than five years if he may threaten state security or public order. The amendment supplements this with other conditions.

According to the draft amendment, a person may be blacklisted if there is information or good reason to suspect that the foreigner was involved in large-scale corruption, money laundering, or violations of human rights, victim of which died, suffered serious injuries, was wrongfully convicted, or experienced other negative consequences.

Additionally, a person can be refused entry into Lithuania if the person poses a threat not only to security and public order in Lithuania, but also to other countries of the European Union and NATO.

The law also proposes to establish the possibility not to inform a foreigner about registration in the persona non-grata list.

The law, which is named after Sergei Magnitsky, was adopted in the US in 2012, using sanctions against Russian officials associated with human rights violations. The US banned issuing visas to such individuals and froze their assets. There are currently more than 40 names in the list.