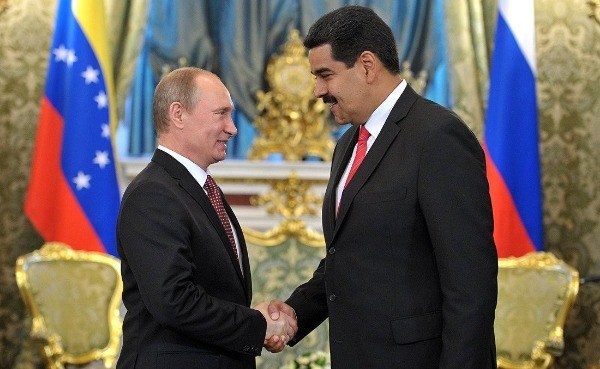 According to Peskov, the visit is currently being planned.

Peskov did not specify when the visit would take place, but he did note that Maduro would not be participating in the Russian Energy Week, which will be held from October 2-5.

The visit will take place “quite soon”, most likely in the first few days of October, three informed sources told the Interfax news agency.

Maduro does not have good news to bring to the meeting with Vladimir Putin, his fourth in the last three years. In August, Venezuela lost its last major oil buyer, thereby also losing an important source of foreign currency. The country desperately needs foreign currency to import food and fund food assistance, off which half of the country’s 30 million inhabitants live.

According to Bloomberg, the China National Petroleum Corp, China’s largest energy company, which was buying nearly half of Venezuela’s oil production in the first half of the year (340,000 out of 770,000 barrels per day), decided not to buy the most recent batch of 5 million barrels.

The breach of contract – the first in 10 years – is because China is trying to minimize the risk of US sanctions, which were tightened again on August 5.

Selling gold, another possible source of foreign currency for Venezuela, is also coming to an end. In summer, Venezuela failed to meet the requirements of a swap deal with Deutsche Bank, through which it had received a $750 million loan in 2016 with gold from its central bank as collateral. As a result, 20 tons of the precious metal, 13% of Venezuela’s reserves, now belong to Deutsche Bank. After his last visit to the Kremlin in December 2018, Maduro announced that Russia would be investing another $6 billion in the Venezuelan economy and shipping 600,000 tons of grain to the country.

According to Maduro, Moscow agreed to invest $5 billion in the country’s oil industry and another $1 billion in gold mining.