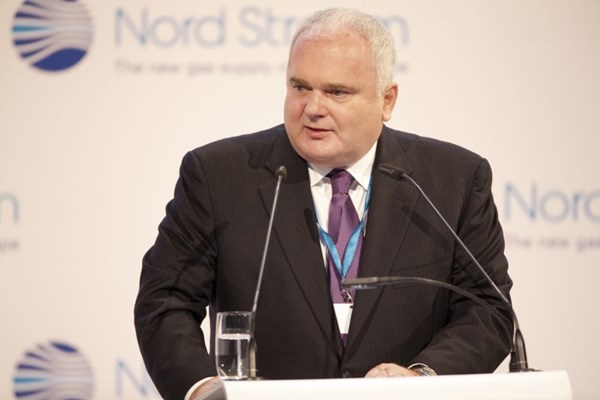 In the investigation of Alexei Navalny about Vladimir Putin's palace near Gelendzhik, among the many names of persons close to the Russian President, there is a "German friend", a former agent of the state security service of the GDR Matthias Warnig. In the video, Navaly notes that Warnig, who became a banker in the 1990s, financially helped Putin, a former KGB officer in Dresden, and his family.

Deutsche Welle provides details of the Warnig's biography. The newspaper points out that during the 20 years of Putin's rule in Russia, Warnig, who received an economic education in the GDR, became the most influential German manager in Russian business. He sits on the boards of directors of leading Russian companies and banks.

Since 2011, he has been a member of the boards of directors of Russian state-owned oil giants Transneft and Rosneft. At Rosneft, Warnig is the deputy of Gerhard Schroeder, a former German chancellor who is also a friend of Putin. Schroeder took the position in 2017.

Warnig is also a member of the board of directors of VTB Bank. Up until 2015, he was a member of the board of St. Petersburg bank "Russia", which is reportedly associated with the close entourage of President Putin. Warnig headed Rusal's board of directors from 2012 to 2018 but left under pressure from U.S. sanctions. In 2019, he joined the supervisory board of the German soccer club Gelsenkirchen-Schalke, whose main sponsor is Russia's gas giant Gazprom.

Warnig currently holds the position of Executive Director of The Swiss-registered company Nord Stream 2, which is owned by Gazprom.

Deutsche Welle writes that ironically, in August 2020, when Alexey Navalny was brought to Germany after the poisoning by Novichok nerve agent, Warnig's main project was in jeopardy. However, judging by the fact that the pipeline continues to be built, Warnig has been successful in his role as a lobbyist.

Meanwhile, calls to stop construction of Nord Stream 2 pipeline are growing louder. The European Parliament held an emergency meeting with MEPs calling on EU leaders to impose tough sanctions against Moscow, if the Russian authorities do not release Alexei Navalny. The sanctions package, if adopted, will include freezing the assets of individuals and entities involved in the decision to detain the oppositionist. In addition, the deputies demanded that the leadership of the European Union stop the construction of Northern Stream 2.