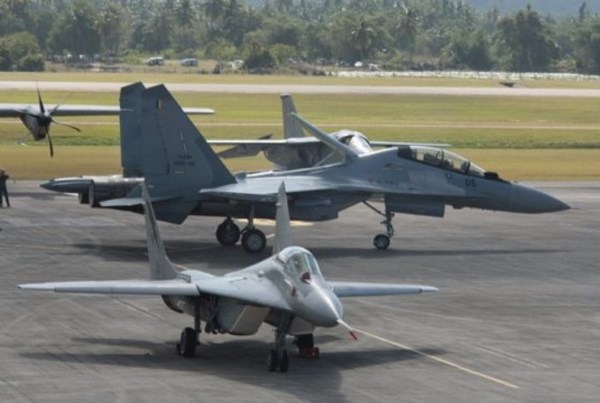 Malaysia, which has purchased Russian Su-30MKM fighters for its Royal Air Force, is complaining of a number of issues that have emerged with the planes. For example, the aircraft are difficult to service, and it is more difficult to send them to Russia for servicing than it would be for aircraft purchased from the US. With Russia, cooperation between manufacturer and client has been hampered by bureaucratic delays, a high-ranking official familiar with the situation in the Royal Malaysian Air Force told Malyasian news portal FMT News.

“The problem with the Russian planes is the Russian way of doing business… They were supposed to support us for a certain time after we bought the planes, but they don’t disclose everything. In the midst of the purchases, we were not informed of the necessity to have certain types of technical maintenance done 10 years later, which only they [the Russians] are capable of doing,” the official said.

The cumbersome Russian system of purchases and maintenance cannot be compared to the American one, he remarked.

“Ultimately this means that everything that was bought from America, including the subsequent servicing, was very reliable,” he added.

The source also observed that the fact that Russian fighters were purchased, instead of equivalent, cheaper and more reliable planes from the US or EU, appears to indicate the extent of corruption involved in the deal.

“The problem with buying military products is that Malaysian officials do not like buying from the US or UK, because with them everything is ‘over the table’. National security is frequently used as a pretext for corruption,” he explained.

At the end of July, Malaysian Defense Minister Mohamad Sabu revealed the poor outcome: only four of the 28 Russian fighters in the Royal Malaysian Air Force are ready to fly. The remaining 24 are undergoing long-term repairs. Officials have proposed to meet the need for fighters by purchasing second-hand F/A-18C/D Hornets from the US.

Between 2007 and 2009, Malaysia received 18 heavy Su-30MKM (multipurpose, commercial, Malaysian) fighters from Russia, a continuation of the Su-30MKI series used by the Indian Air Force. The Indian equivalents have also caused many complaints, with eight of the planes being lost to crashes since delivery.