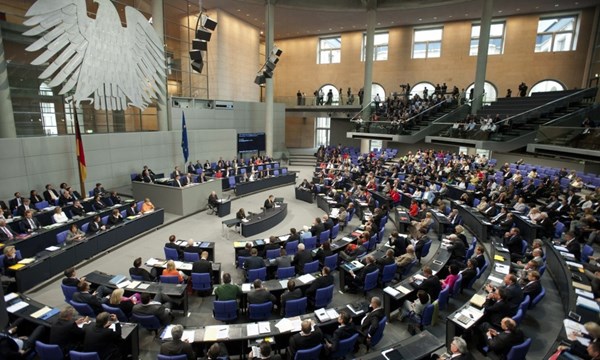 The grand coalition of the German government will continue to support Ukraine on the road to reform and the restoration of its territorial integrity. Such intentions are spelled out in the draft coalition agreement between the Christian Democratic Union, Christian Social Union and the Social Democratic Party of Germany, reported Ukrinform with reference to its own sources.

“We will support Ukraine in whatever relates to the full restoration of its territorial integrity, the strengthening of stability and social development,” says the document which was approved by the leaders of the three parties on Wednesday.
According to the article, the document specifies that the signatories “will expect and encourage the consistent implementation of the reform program in Ukraine, especially the fight against corruption, for the sake of the comprehensive modernization of the country”.

At the same time, Germany’s future government warns that it will only provide financial assistance “under strict conditions”.

The document also states that Germany is willing to have a significant role in restoring the Donbas, as soon as this is made possible by “significant steps to implement the Minsk agreements”.

With respect to the agreements themselves, Berlin and Paris intend to continue to actively facilitate their implementation in order to achieve conflict resolution.

If the Minsk agreements are implemented, the German government “will be prepared to lift the anti-Russian sanctions” and talk about this with its European partners, the agreement states.

The German parties specified that “such a development must be ensured by a UN mission”. Ukraine and Russia still need to meet their obligations according to the Minsk agreements.