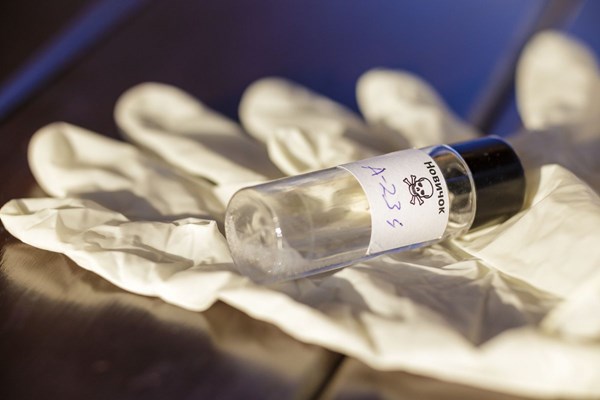 Russia has not only failed to destroy its chemical weapons, but it continues to develop and manufacture them for its special services, according to the joint investigation, which was conducted for more than a year, by the journalists from The Insider, Bellingcat, Spiegel and Radio Liberty.

Journalists found out who makes the poisonous substances used in the attack on Skripals, the Bulgarian arms tycoon Gebrev and probably Alexei Navalny. In particular, the development of the nerve agent Novichok is carried out by the Science Center “Signal”, located in Moscow. Since 2010, Signal has been headed by Artur Jirov, the former head of the 27th Science Center of the Russian Defense Ministry. The Defense Ministry’s research center itself is located in the village of Shikhany in the Saratov region, where Novichok was first synthesized in the late 1970s.

According to the publications, the center is actively working with the State Research Experimental Institute of Military Medicine in St. Petersburg. Sergey Chepur has been the head of the institute since its formation in 2015. His scientific works are devoted to poisoning with cholinesterase inhibitors, including Novichok. This institute, in turn, is closely connected with the St. Petersburg Kirov Military Medical Academy. One of the "Salisbury poisoners", military doctor Alexander Mishkin, graduated from this academy.

Journalists claim that Russian scientists managed to develop a new system of delivering Novichok to the body - using nanocapsules. This system simplifies the use of the substance, ensures safety to the person administering it, conceals the poison in the body and slows down its action. The latter, in particular, explains the uncharacteristically large gap (several hours) between the poisoning and the first symptoms in the case of Navalny. According to a source in Germany, "masking agents" were also used in the poisoning of the politician.

One of the Novichok developers, Vladimir Uglev, believes that it is unlikely that nanocapsules were used in the attempt on the Navalny. According to him, the signs of poisoning and the most likely method of penetration of poison into the body through the skin "make the possibility of the use of microcapsule very, very unlikely."

At the same time, Uglev does not deny the fact of the assassination attempt on Navalny. "At the moment we have the dynamics of poisoning of a particular person, Alexey Navalny, with one of the strongest military neuroparalytic poisons, produced in the USSR in the 70s and 90s of the last century. Its presence and further development of the use of these substances of the Novichok type has continued in Russia, including for use as a weapon of terror, which was done in Salisbury in 2018, and now clearly demonstrated to the whole world against Alexei Navalny in Tomsk," writes the scientist in his article on Ekho Moskvy.

According to Uglev, "the terrorist act against a Russian citizen was committed by a combat-poisoning phosphorus agent of the Novichok type by a special unit of the Russian FSB, with the highest permission of the President of the Russian Federation.

Alexey Navalny fell into a coma on August 20 after he became ill on the plane while returning from Tomsk to Moscow. Later, German doctors determined that the politician had been poisoned with a poison from the Novichok group. The Russian authorities have not confirmed the version of the poisoning, and the Russian Foreign Ministry said that Russia and the USSR have never produced any chemical poisons called Novichok. Russian has not started investigation into the assassination attempt on Navalny.