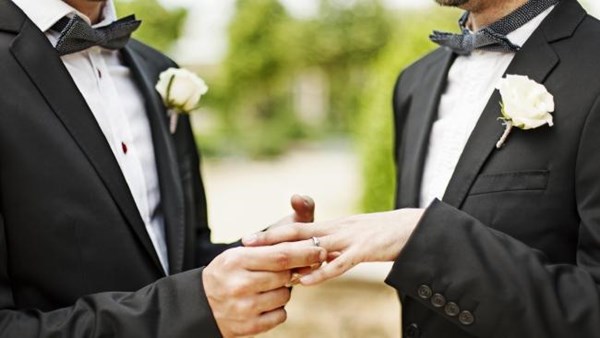 Moscow police initiated administrative proceedings against Pavel Stotzko and Evgeny Voytsekhovsky for damaging their passports after registering their same-sex marriage in Moscow, reported Meduza news website with reference to the Russian Ministry of Internal Affairs.

On Saturday, January 27, the Russian LGBT Network stated that law enforcement officers tried to enter the apartment of Stotzko and Voytsekhovsky in Lyubertsy. Stotzko told Dozhd (“TV Rain”) that he refused to open the door, after which the Internet and electricity were switched off.

Earlier, Stotzko and Voytsekhovsky reported that they and their relatives began receiving threats. The partners were married in Denmark and then submitted their documents to the civic center in Moscow for registration. The center confirmed the legitimacy of the union.

But the next day, on January 25, the Ministry of Internal Affairs declared that the passports of same-sex couples were invalid. The Ministry stated that the employee who put a stamp on the registration of marriage and his director would be discharged.

Same-sex marriages are forbidden in Russia. The country has a law prohibiting the propaganda of non-traditional sexual relations among minors. The European Court of Human Rights has found the measure discriminatory.
According to the article, "mutilation" of official documents is punishable by a small fine.