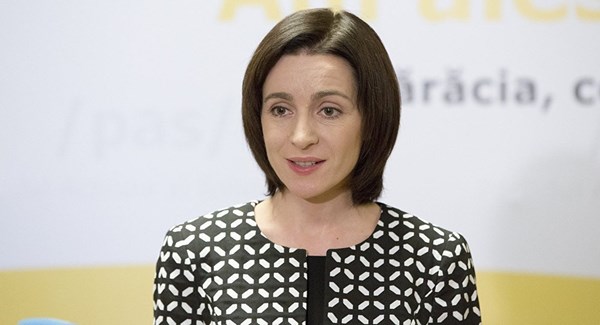 Moldovan President Maia Sandu called on Russia to withdraw its military from the territory of the so-called "Pridnestrovian Moldavian Republic".

"The Transnistrian conflict is another problem we face. We remain committed to a peaceful resolution that fully preserves Moldova's sovereignty and territorial integrity within its internationally recognized borders," Sandu said at the European Parliament.

She noted that Moldova does not want war or destabilization and added: "We believe that now there is no immediate threat that Moldova will be drawn into the war."

Sandu said that, according to the Constitution, Moldova follows a policy of neutrality. However, she stressed that in order for Moldova to be able to be truly neutral, the Russian Federation must withdraw its troops from Transnistria.

"Their presence in the Transnistrian region fundamentally violates our neutrality and our independence," Sandu explained.

She also assured that Moldova respects the territorial integrity of Ukraine and condemns the invasion of the Russian Federation.

Earlier, Ukrainian President Volodymyr Zelensky said that a Russian offensive against Ukraine from Transnistria is possible.