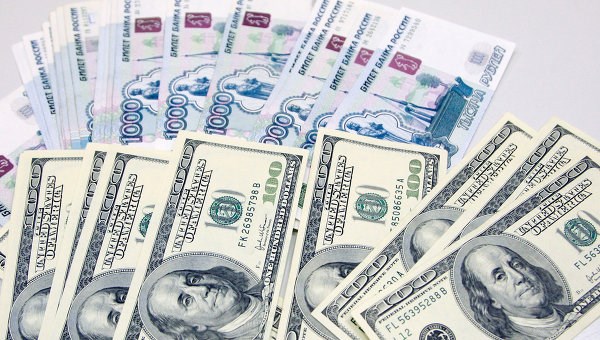 The outflow of capital from the Russian banking system has picked up speed once again, according to a new survey by Raiffeisen Bank.

In August, corporate clients withdrew $4.9 billion from their accounts, 60% more than in July ($3 billion). The funds were partially used to repay foreign debt, the refinancing of which has come to a halt due to tightened sanctions on Russia from the US and EU. According to the Central Bank of Russia, companies had to make $3.1 billion in repayments.

Several clients were able to withdraw funds from Russian banks, converting the money into cash or transferring it to foreign jurisdictions, out of fear that harsh sanctions will be placed on the banks, including a ban on dollar transactions, Raiffeisen Bank observes.

Meanwhile, statements by VTB Director Andrey Kostin that dollar contributions may be converted into rubles have frightened the local population.

Physical entities have also joined the corporations, withdrawing $1.1 billion from Russian bank accounts. A further $600 million was withdrawn from deposits in Russia by foreign banks.

Cumulatively, $6.4 billion flowed out of the Russian banking system, which led to a number of banks having a serious foreign currency liquidity deficit, the Raiffeisen Bank review notes.

Central Bank reserves had to be used to compensate for this: at the start of September, the regulator poured $2.6 billion into the banking system through swap operations, virtually a record amount.

In order to cover the currency outflow, the banks continued to empty their own accounts and deposits abroad, withdrawing $2.8 billion from them.

“The banks covered the remaining $2.3 billion of outflow at the expense of ruble funds,” Raiffeisen Bank observes: rubles were converted to foreign currency on the market, adding to the pressure on the ruble exchange rate.

Obligations to clients exceeded banks’ own reserves in liquid assets by so much that free foreign currency reserves dropped by $300 million.

“In October-November, the situation with foreign currency liquidity will improve,” Raiffeisen Bank analysts believe: the Central Bank has promised not to buy foreign currency on the market until the end of the year, the risk of sanctions banning state banks from dollar transactions has decreased, and expensive oil will bring a net inflow of $20-24 billion into the country’s current account. This foreign currency will cover the possible outflow of non-residents from Federal Loan Bonds in the event that new sanctions are announced.