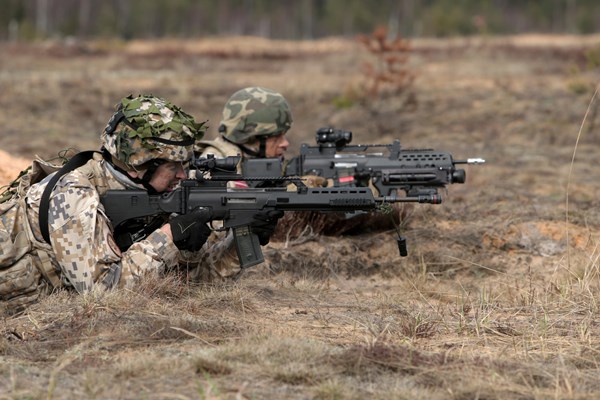 Military exercises with the participation of about 4 thousand troops from 11 NATO member countries started in Lithuania, reports the press service of the Lithuanian Armed Forces.

Iron Wolf military drills will last until November 18, and the return of Lithuanian equipment back to the military ranges is scheduled for November 18-22. Soldiers from Germany, Poland, Estonia, the United Kingdom, and the United States will participate in military exercises.

Lithuanian Armed Forces noted that the exercises will be held at the General Silvestras Žukauskas Training Range in the city of Pabradė, where about a thousand military and technical units will be deployed.

The soldiers will be trained in offensive and defensive operations. The main goal of the exercise is the interaction of the NATO forces.

Earlier, media reported that NATO is carrying out Steadfast Noon secret military drills. In particular, the German Air Force participated in them. They practiced the use of fighter-bombers capable of carrying atomic weapons.