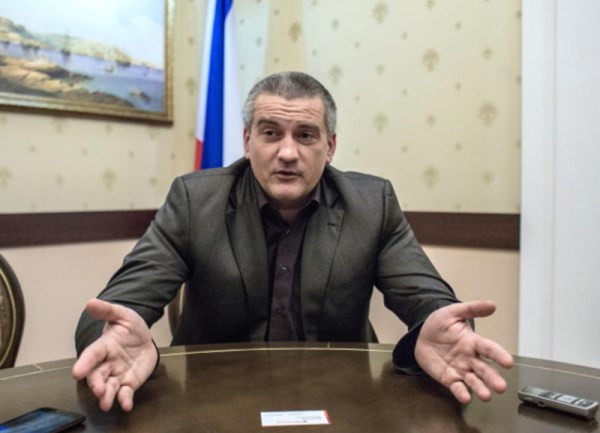 The Russian Federation was slated to provide the Crimea with funds for the development of the peninsula and Sevastopol in particular until the year 2020. This assistance was pegged at 15 billion rubles per year. Close to the end of 2015, Crimea has yet to receive any of the funds from the federal program.

According to Russian news agency KrymInform, this was announced by the de-facto Prime Minister of Crimea Sergey Aksenov during a round table conference about the annexed territory and the challenges in dealing with Russia. "According to the federal program in 2015 we were to receive 15 billion rubles. It's December now and not a single kopeck was obtained, despite the fact that plans, schedules, and activities were approved three times by federal officials while all requests were approved by federal ministries. We agreed on a schedule in June and issued a government decree on the matter," said Aksenov.

The de-facto Prime Minister noted that it made no sense to point fingers. He also made clear that promises to the Crimean people must be fulfilled. "People really don't care what you tell them. You promised to build a water pipeline, a hospital – so build it… In 2015 the federal program outlined a plan to undertake 174 infrastructure projects. All the documents were sent to the federal authorities, perhaps with mistakes, but they all were sent," said Aksenov.

In addition, he stated that for a year and a half Crimea has been unable to fully integrate into the legal framework of the Russian Federation. "Every day five to ten new issues crop up that aren't included in any federal law, even if they relate to a small group of people," said the Prime Minister.

He reiterated that Putin promised that the interests of the Crimean people wouldn’t be harmed. "To fulfill the promise, we need to make some unconventional decisions, creating solutions for the issues," Aksenov exclaimed.