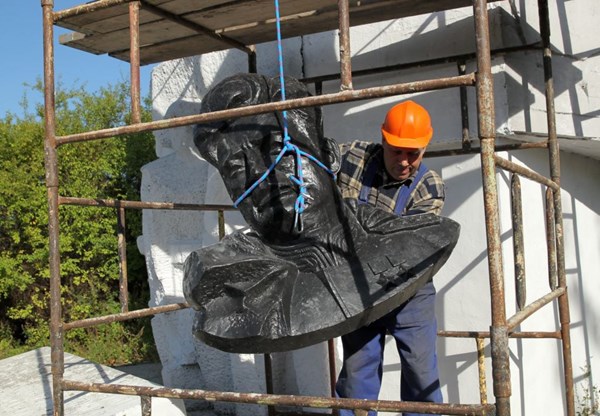 The Chairman of the Council of Ministers of the Republic of Crimea controlled by Russia, Sergey Aksyonov, was outraged by the demolition of Soviet monuments in Poland. He believes that a place for these dismounted monuments can be found in annexed Crimea.

“Crimeans are insulted and outraged by the campaign launched in Poland to dismantle monuments to Soviet soldiers, who liberated their country from fascism. In fact, it isn’t a fight against communism or the Soviet past; it is a fight against history, in particular with Polish history,” Aksyonov wrote on his Facebook page on the 11th of April. Aksyonov pointed out that monuments to fallen soldiers, regardless of their nationality, remain untouched in Crimea.

“We are ready to take the monuments to Soviet soldiers – the liberators of Poland that have no place in the country they liberated - and install them on the Crimean peninsula. We ask the Russian Ministry of Foreign Affairs to assist us in dealing with this issue,” Aksyonov wrote. There was no information on Poland's or Russia's reaction to this initiative.

On the 17th of September 2015, Polish authorities dismantled the monument to Soviet General Ivan Chernyakhovsky that was located in Pieniężno in northern Poland. The Russian Ministry of Foreign Affairs strongly condemned the dismantling of this monument. After that, negotiations on the transfer of demolished monuments to Russia lasted for several months.