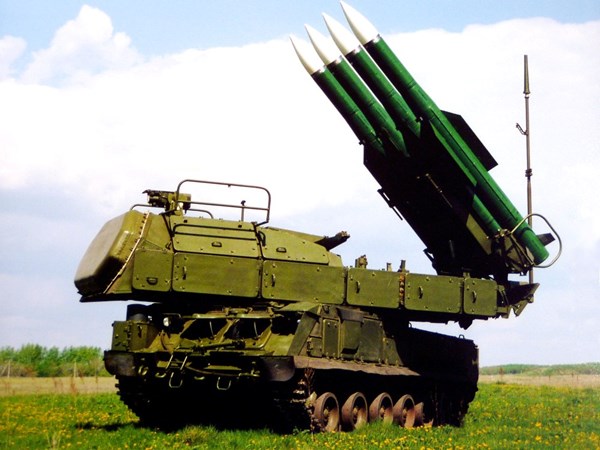 “Firstly, the transportable package of missiles was significantly increased, evidently improving combat efficiency of the missile system when repelling massive aerial raids. Currently, each self-propelled gun is equipped with six missiles instead of four and each missile system has twelve instead of eight,” Beliy said.

According to him, the Buk’s targeting ranges for tactical and cruise missiles and its aerodynamics were significantly increased. Interference immunity, longevity and reliability of the missile system were also improved. In response to the question of whether the Buk-M3 has foreign equivalents, Yuriy Beliy said that the Buk-M3 is indisputably the best mobile medium-range missile system on combat efficiency in the world.

At the same time, Beliy noted that the SAMP-T European missile system can be classified as its analogue to a certain extent. Beliy insists that the new missile for the Buk-M3 missile system was developed by Dolgoprudny Research Production Enterprise, a part of Almaz-Antey, and has no equivalents in the world.

“A completely new 9M317M missile was developed for the system. In contrast to the 9M317 of the Buk-M2 missile system, its tactical and technical characteristics were improved almost twofold. Of course, the tactical ballistic and cruise missiles’ rates of destruction were also significantly increased,” he added.