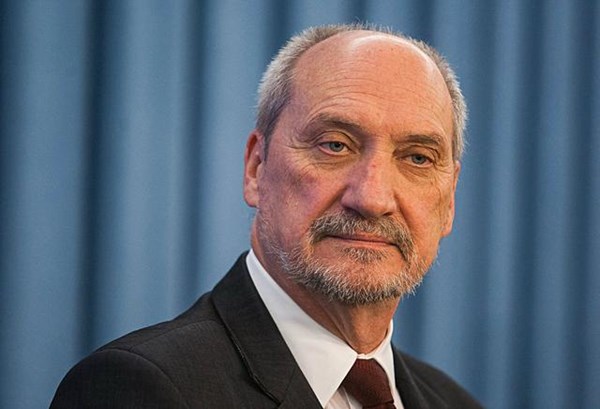 The Polish Minister of National Defense, Antoni Macierewicz, discussed the threats coming from Russia. According to the Minister, only those countries bordering the Russian Federation realize how dangerous the situation is.

Macierewicz indicated that Poland is subject to Russian provocations on a daily basis. Among these provocations, the Polish Minister listed the violation of military space, increased military presence in Kaliningrad and the deployment of Iskander missile systems.

In his interview with Corriere della Sera, Macierewicz noted that the newly created rapid response force of 5,000 servicemen isn’t enough to strengthen the eastern borders. The Minister of National Defense for Poland also called on NATO to deploy at least one rapid response team in Poland alone. Meanwhile, Macierewicz assured that there are no aggressive intentions and that these measures are strictly defensive.

In addition, Antoni Macierewicz said that Moscow has talked about their desire to attack the Baltic countries or Poland. In response to the journalist’s objection that Russian authorities have never made such statements, the Minister said that Russia has threatened Lithuania and the Deputy Chairman of the State Duma allegedly stated that the Red Army can reach Warsaw within one week.